A ZTE Blade A3v has appeared on the Google Play Console, model name Z5157V. It’s a simple device, quite similar to the Blade A3 Prime that launched on Yahoo Mobile and Visible earlier this month at just $99. Both of these are Verizon-based MVNO networks by the way and that “v” in the model name suggests that that the new handset is likely on end up on that carrier as well. 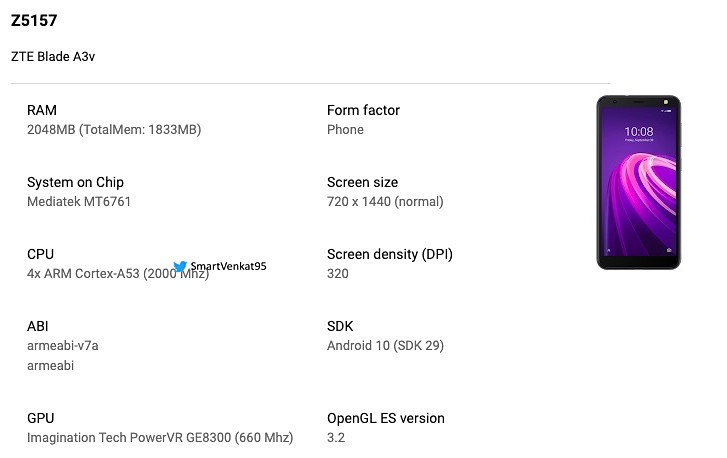 The ZTE Blade A3v was certified by both the FCC and the Bluetooth SIG in May, so it’s only waiting for a convenient time to launch. Don’t expect a flashy event though, most likely it will quietly show up in stores (again, probably Verizon’s or one of its partner networks).