Shuk: My experiences with aquariums is that they tend to be filled with chattering children laughing at turtle poop. But they do have pretty backdrops of colorful fish, and low-level lighting to hide an occasional kiss.

There are a lot of reflective surfaces that Klieg lights would easily bounce off. And the viewer might see the cameras and production personnel. And the very dimness that makes it romantic also makes it hard to see when watching it on a small screen.

But despite the difficulties of filming in such an environment, I have noticed that there are a lot of shows that use an aquarium as a backdrop, either as part of the storyline, or more frequently a date.

The plot centers around a lonely worker, Kengo. He works mostly with the jellyfish exhibits at the aquarium, but finds himself in a desperate search for a living organ donor for his younger sister. In order to secure medical approval, he enters into a year-long contract marriage with Risa, who is working several unsavory jobs to pay off her useless brother’s debts.

I saw this show early in my Asian drama watching, and I couldn’t help but fall for this mismatched couple. Risa is mature for her years, after being forced to grow up quickly in the skin trade. And Kengo is an innocent introvert happy to spend his days with the water tanks. The 11-year difference in ages never really was an issue in my eyes, and I was happy for both when his love gave her self-confidence, and her love gave him a wider view of the world. 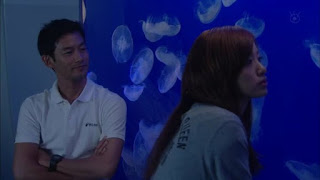 A time-skip fated-love starring Lee Min-ho. She is the Joseon Ariel, who saves the son of the town’s mayor. They end up star-crossed when he takes a harpoon for her. Unable to stop him from dying, she impales herself on the same harpoon. In current times. he is a con artist who is strangely attracted to a mysterious woman he meets in Spain.

A young man is put in charge of his family’s zoo, even though he would rather create and run an aquarium. The female lead once dated girls but has decided to swear off them and enter a conventional relationship. Too bad one of the girls she stole once dated the zoo owner, her new boss. The two fight over everything until they gradually fall in love.

This lakorn was Nine’s first drama, and I fell hard for that deep voice. As for the sidekicks, it was 50-50. The workers at the zoo and water park were hilarious and fun to watch; the previous boyfriend and girlfriend, not so much. And no matter what the film crew tried (including bad wigs), they were never going to make the female lead manly. Or even boyish. Still, it was a decent watch, despite some obvious plot holes and timeline slips. 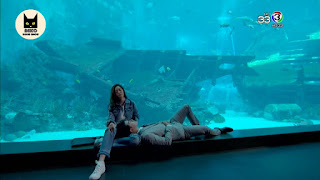 This show had two seasons with two different timelines. Season One is set in contemporary times. A young woman moves to a sleepy seaside village and meets a mysterious man. They fall in love, and find out she has a sacred pearl embedded in her body. Season Two is set in the Tang Dynasty (600 – 900 CE). Female lead crossdresses to land a job and meets, you guessed it! A merman.

Mr Merman Fan Chun Pen Nguek (Thailand 2018) – Where can a trio of hot, modern merguys hide in plain site? Why, an aquarium, of course! The three are secretly looking for a couple of mad scientists. The main mad scientist is looking for them, so they can (1) prove merpeople are real; and (2) exploit and experiment on them to determine why they have nearly immortal lifespans. Enter a bumbling volunteer who inadvertently becomes a mermaid and her nosy ex-boyfriend, and you have a story! 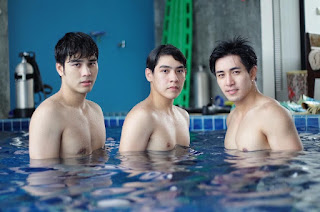 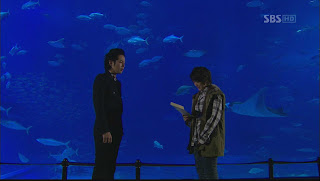 Pleasantly Surprised / Love Myself or You (Taiwan 2014) 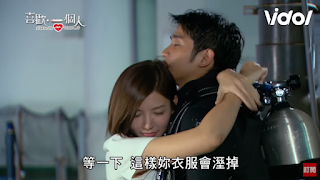 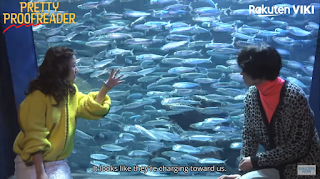 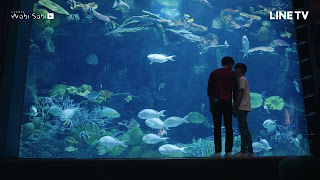