After making a comeback with “HOLO,” Lee Hi stars in the July 23 episode of 1theK’s “Look Me Up” series!

The show features celebrities looking up their names on social media sites to see what people are saying about them.

In her episode, Lee Hi first checked out her entry on the Korean wiki site Namu Wiki. She noticed that it said she has no agency currently, so she asked for someone to change that to reflect that she’s now joined AOMG. Lee Hi left YG Entertainment last December after her contract ended, and it was announced on July 22 that she’s signed with Jay Park’s label AOMG.

Lee Hi laughed over some of the descriptions of her career that had been written in her entry, which anyone can edit. Someone had written that despite her talent, she’s been “under-appreciated because of a long break,” and she laughed and said, “I’ll perform more in the future! Since I’m with AOMG now, they’ll have me perform more often, right?”

She was then surprised by how her Namu Wiki page called her “the biggest victim of YG’s system.” The text said, “She’s a prime example of YG’s careless management of solo artists.” 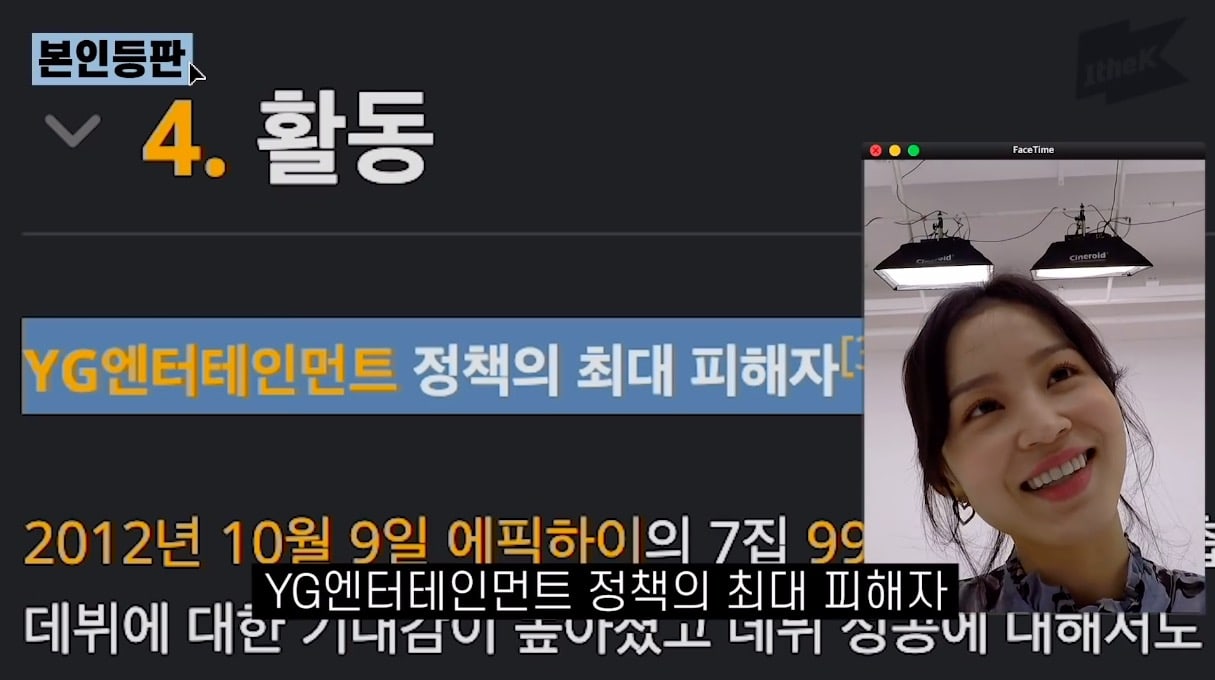 “Why do you say that?” she said. “I was a singer who had just debuted, but YG was really supportive, they invested in me a lot and promoted me well.”

“There are a lot of singers in YG,” she continued. “It takes at least two months to prepare promotions for one singer, which means only five singers can be promoted per year. I hope you don’t misunderstand.” 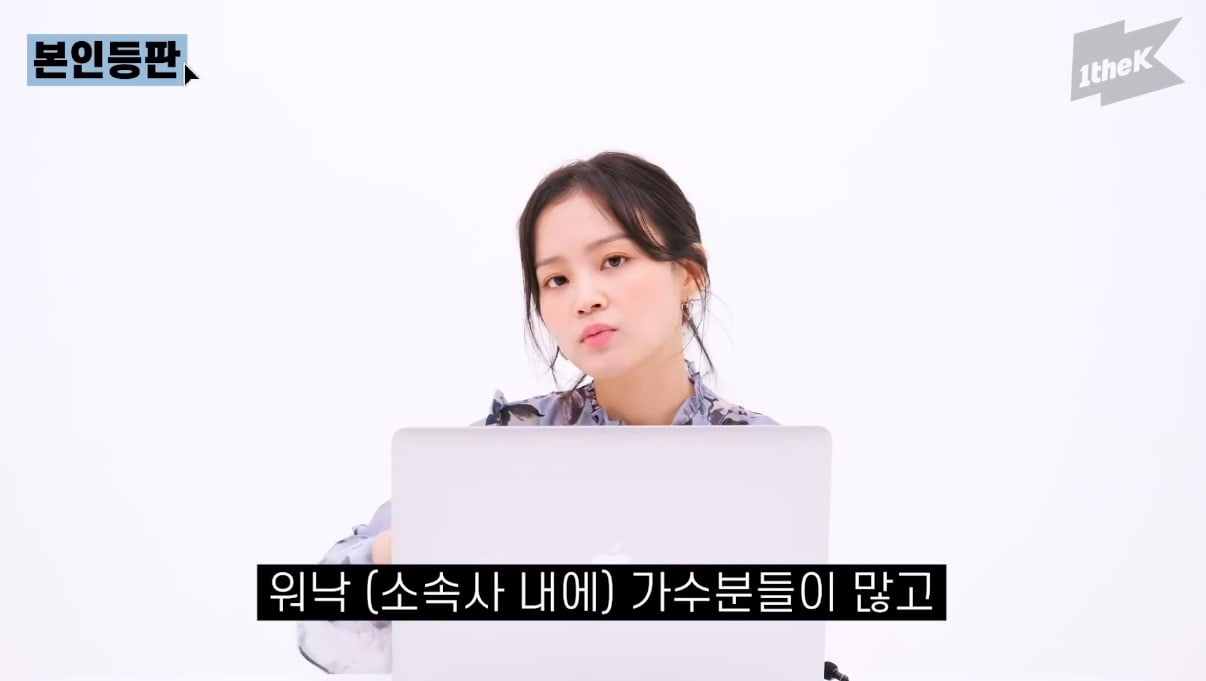 She added with a smile, “I don’t think I’m a victim! Please don’t pity me.” She said that people tend to give her a sympathetic look when they ask her when her next album is coming out. She laughed and said, “Why do they look at me like that? I’m happy!” 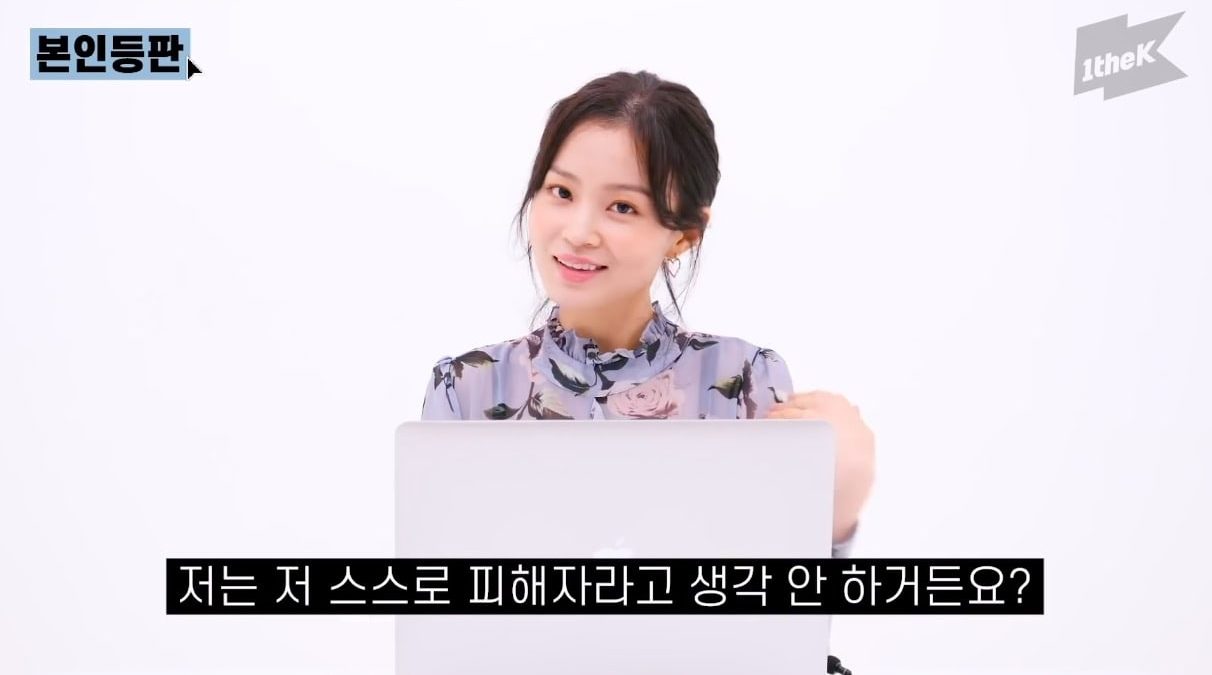 When she headed over to YouTube, Lee Hi was faced with a video of her first performance on “K-pop Star 1.” She made a face and said, “I don’t want to play that.” When she decided to just watch a bit of it, she ended up hilariously going “Ooooh, no!” 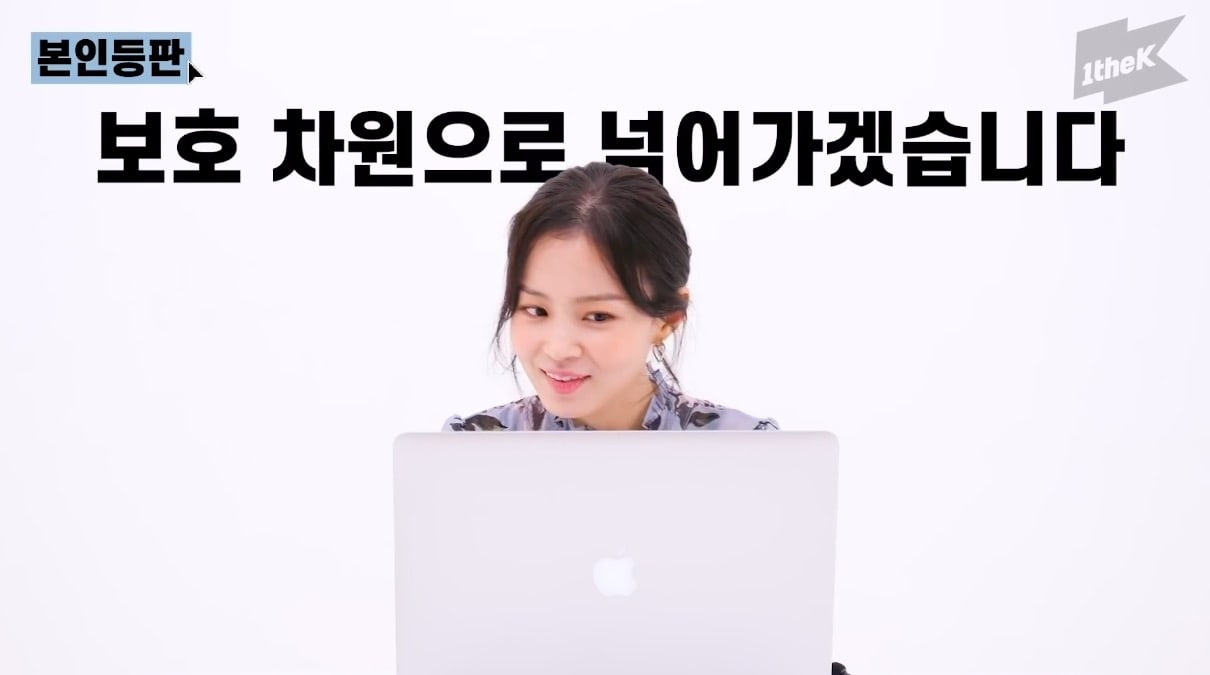 Over on The Qoo, Lee Hi found a post that led her to talk about joining AOMG. “Actually, the first person who contacted me was DJ Pumkin,” she said. “I had a meeting together with him and Code Kunst. Code Kunst spoke really highly of the agency.”

She shared that she’d then received calls from a lot of different agencies, and she went back and forth a bit over who to choose. “Then when a lot of reports came out, I got a call from him,” she said with a laugh. “He said, ‘What are you doing, Hi?! Didn’t you make a promise with me? Even a verbal agreement is still an agreement.’”

Lee Hi laughed as she said, “I can’t forget how desperate his voice sounded. I’ve always thought it would be good to go to an agency that really needs me, so I signed a contract a week later.” 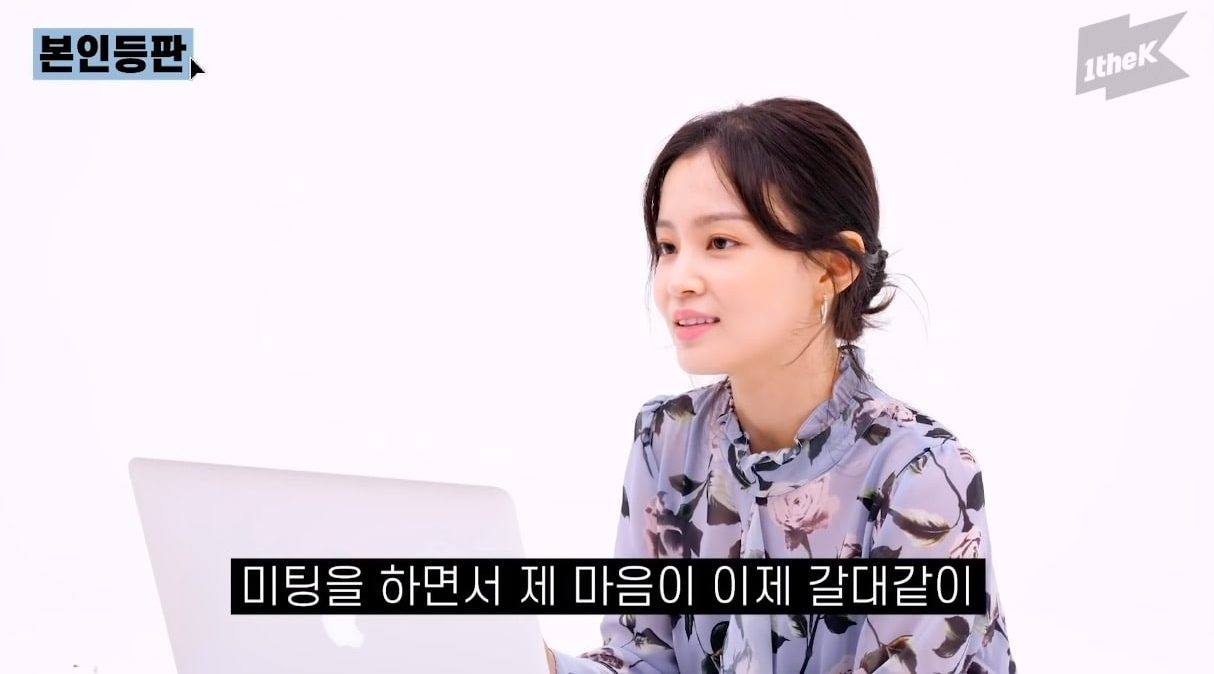 A fan on The Qoo wrote that they’re glad that YG Entertainment allowed her to keep her YouTube channel. Lee Hi said, “I thought it’d be a shame to close my YouTube channel. I wanted to keep running my channel, so I asked YG and they gave it to me without hesitation.”

Lee Hi also cleared up another misconception after reading more online comments. “Many people think I joined AOMG because I want to do hip hop or R&B, but that’s not true,” said Lee Hi.

The soloist went on a journey through her past by checking out comments on her music on Melon. She looked at the page for Epik High’s 2012 track “It’s Cold,” which she featured on before her debut with “1,2,3,4.”

She shared, “I remember that at the recording studio, Tablo asked me how old I was. When I told him I was 17, he said, ‘You feel cold on the way to school, right? Sing this song while imagining that feeling.’” She laughed and said she’d done as he suggested. 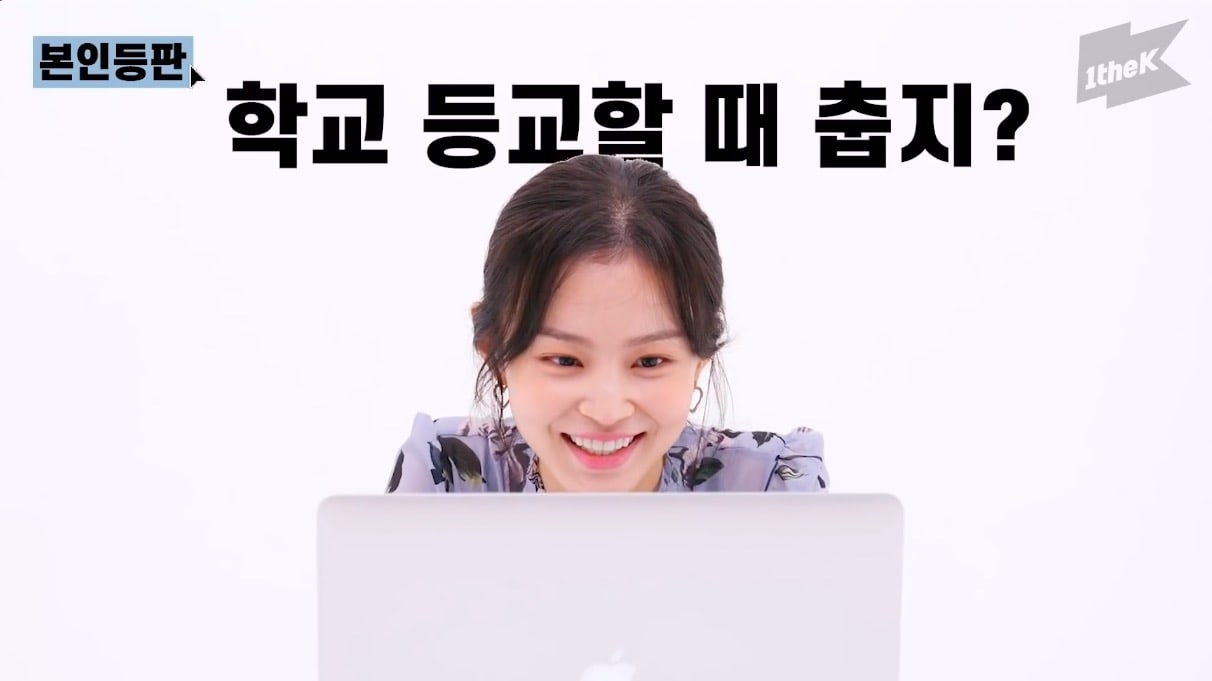 She later looked at her track “Special,” which features BLACKPINK’s Jennie. “She was a trainee back then,” she said. “I loved her voice and asked about her. They told me, ‘She’s someone who’ll be a big star.’”

When Lee Hi got to her song “Breathe,” she read many comments from people who said they’d been comforted by the song, which was written and composed by SHINee’s Jonghyun.

“Many people commented that they were comforted by the song, and I was comforted by that,” she said. “Thank you for giving me the chance to sing this song.”

Lee Hi read a comment that said, “Dear Jonghyun, who was so amazing at singing and songwriting, ‘Y Si Fuera Ella’ and ‘Breathe’ are my absolute favorite songs and they really move me. I hope you don’t feel pain in heaven. I’m sorry that I wasn’t able to be a source of strength for you.”

Lee Hi responded by saying, “My heart aches too. To be honest, when I sang this song, I was having a really hard time. I really wanted to sing this song because I thought it would be able to comfort and encourage me. So I sang my heart out while I was recording.”

She went on to say that after Jonghyun’s passing, she wasn’t sure if she would be able to perform “Breathe” again. “I was overwhelmed with emotion, and I was worried that I might not be able to sing this song live again.”

“I hope many people keep listening to the song and are comforted by it,” she said. 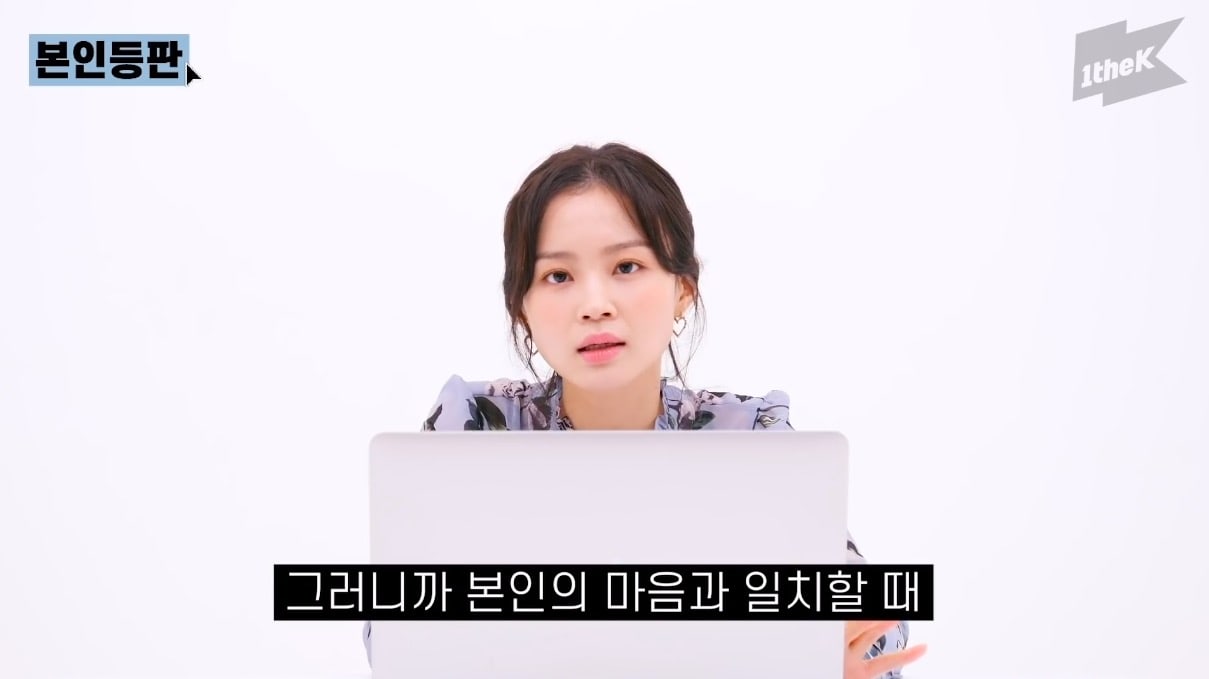 When she later looked at her Instagram, which only had two posts with teaser images at the time, the crew asked her if she’d really deleted all of her old posts.

She said with a smile, “I deleted them all, it’s true. Many people told me that I seem scary because of that, and they thought it was a shame that I’d deleted all of them since I’d been posting for a long time. But all those memories are in my head. And in my photo gallery. I still remember. I don’t have to remember those things through the photos. I also wanted to let everyone know about my new start. I really like how it looks now!” 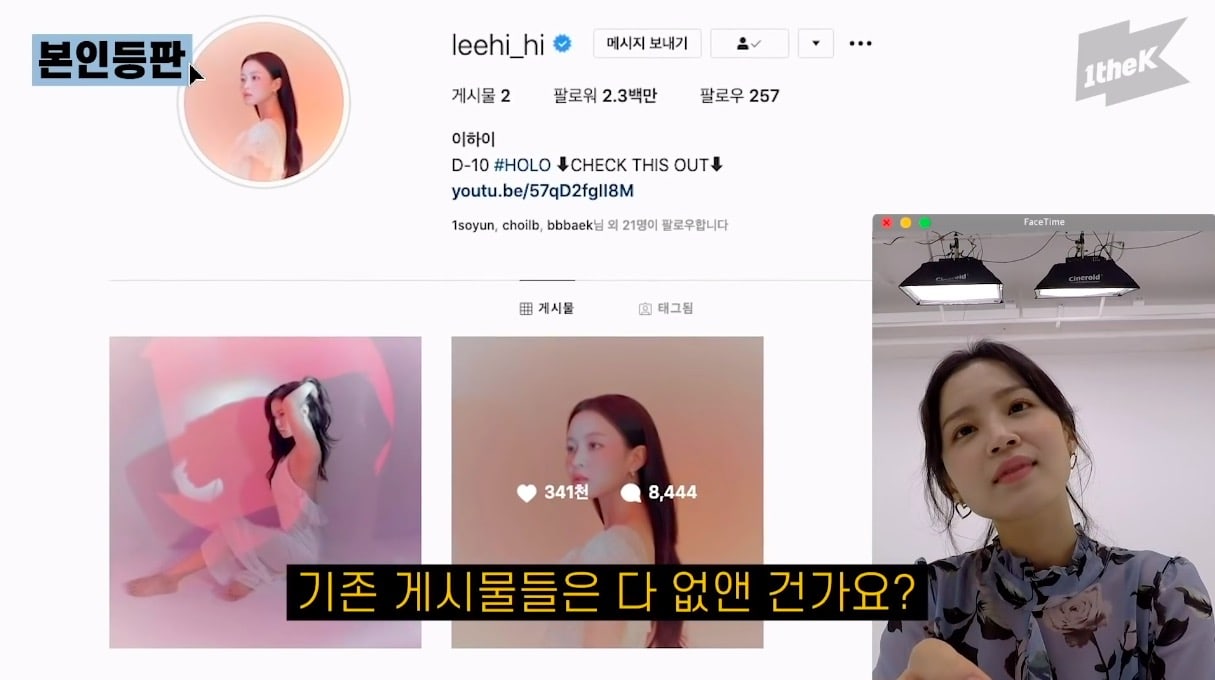 Watch the video with English subtitles below!