VICTON’s Han Seung Woo and Byungchan teamed up with fashion magazine Cosmopolitan for a pictorial and interview!

Han Seung Woo and Byungchan shared their thoughts on shooting a pictorial as a duo for the first time. Byungchan commented, “I wanted to see how it feels when it’s just the two of us, as opposed to an individual shoot or one with the whole group.”

He continued, “Han Seung Woo and I are the only ones who are from the same area, so we spent more time together than we did with the other members. After spending holidays and the beginning and end of years together, I think we’ve created a more special relationship. Including our training period, Han Seung Woo and I spent close to seven years together.”

Han Seung Woo added, “We talk about every little thing because we don’t have a wall between us. Whether we’re nagging or saying good things, we share everything with each other comfortably.”

Byungchan revealed his thoughts on his and Han Seung Woo’s popularity within the group. “The idea that we’re receiving attention is nice, but it can be burdensome and scary as well,” Byungchan admitted. “That’s why I try to take care of the other members more and pass them the microphone when I get the chance.” 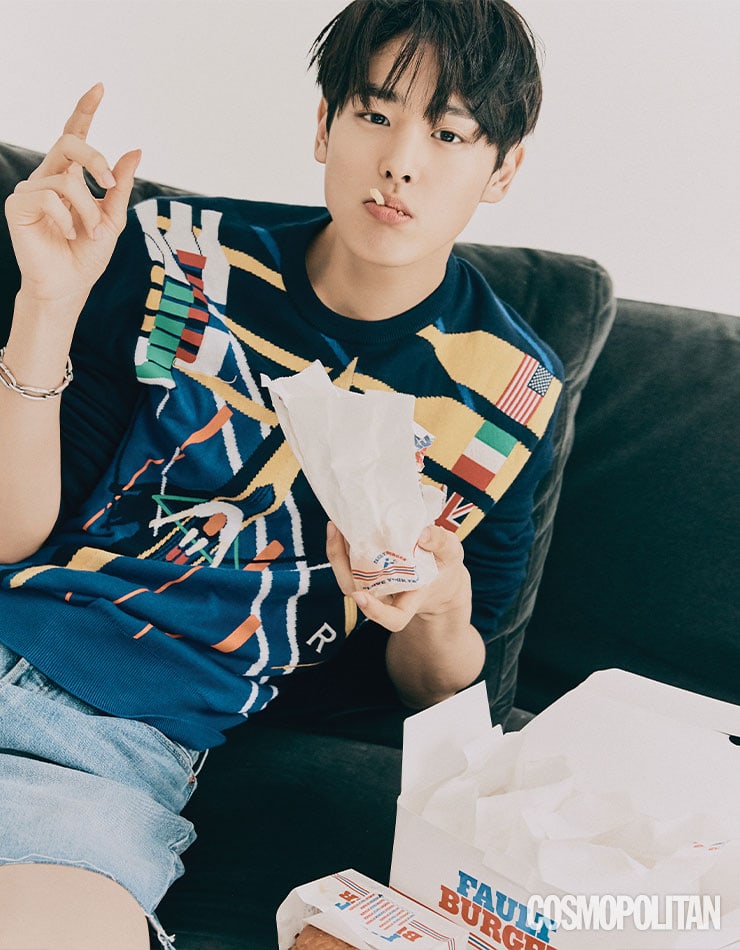 Han Seung Woo shared a similar sentiment. “Becoming more recognized hasn’t changed anything. I just have a greater ability to do things for VICTON and the members,” he said.

Han Seung Woo also talked about how he’s felt personally since his debut. Although he mentioned wanting to go slowly around VICTON’s debut, Han Seung Woo expressed his desire to speed things up a little bit.

“I just think we’re moving a lot more slowly than I thought,” Han Seung Woo explained with a laugh. “All the members would think the same. We have so much enthusiasm that we want to try everything. We want to become a group that continues to do things even during a hiatus.”

Byungchan added, “We’re trying to not be too rushed. Speed is important too, but you can fall if you try to go too fast. If we don’t think too deeply about it and wait while working hard on the things we’ve been doing, I think something will come to us at the right time.”

When asked if there is something that hasn’t changed since VICTON’s debut, Byungchan answered, “My skills might have evolved, but the person that I am hasn’t changed, and I don’t want to change. I hope that even when I become successful, I won’t be arrogant and that I won’t change who I am right now. No matter what situation occurs, I don’t want to lose myself.” 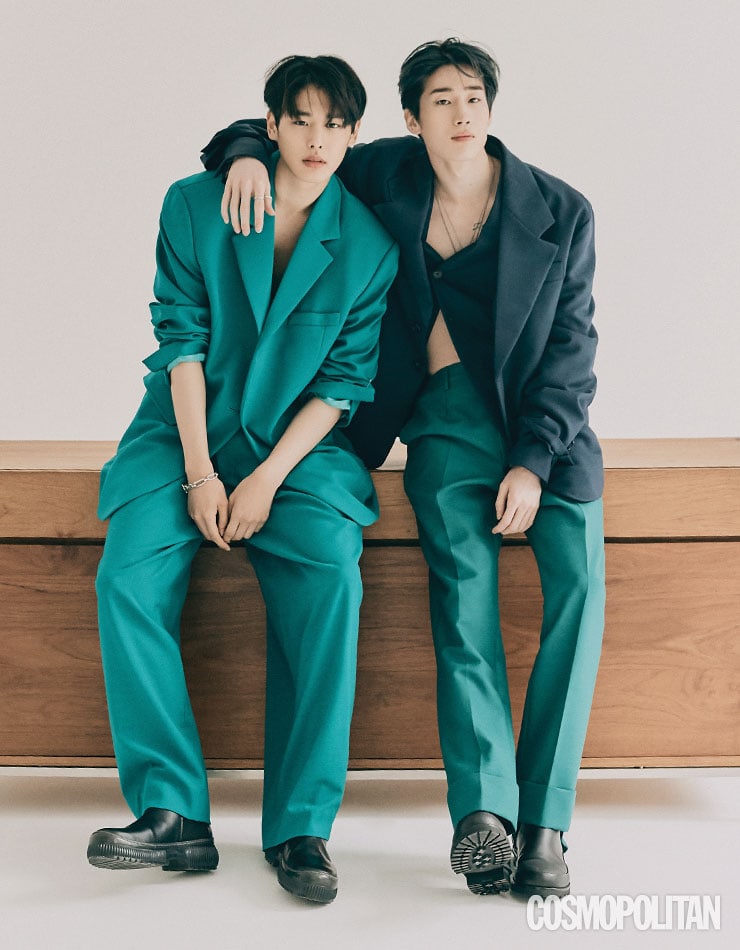 Han Seung Woo shared his own thoughts. “Everything changes as time passes,” he said. “So I decided to just live as things change. That includes living while not hurting so much on the inside and saying what I want to say, showing off things that I want to show, making music that I want to make, and writing lyrics. I don’t want to suppress myself.”

The VICTON members also revealed something that they like about themselves. Byungchan shared, “My personality changed a lot ever since I’ve been reading. I try hard to think positively, to think before I speak, and to change myself personally.”

He continued, “I started to read books like Han Seung Woo does. I read a lot of self-help books in particular. The idea that everyone has different points of view and that one should try to understand that rather than change others’ views is something that spoke to me.”

As for Han Seung Woo, he mentioned that he likes who he is right now. Han Seung Woo explained, “In the past, my dignity was at a low because I would think, ‘Why am I like this?’ I especially disliked my appearance a lot because there were so many good-looking people around me when I debuted.”

When asked how he began to think that way, Han Seung Woo revealed that it all started from the process of growing older. He explained, “I thought to myself once, ‘What do I need to do to be happy?’ So I decided to live happily for myself just for a week, and I did the things that I wanted to do. When people recognized me on the street, I took pictures with them and gave them my autograph. That made me really happy.” 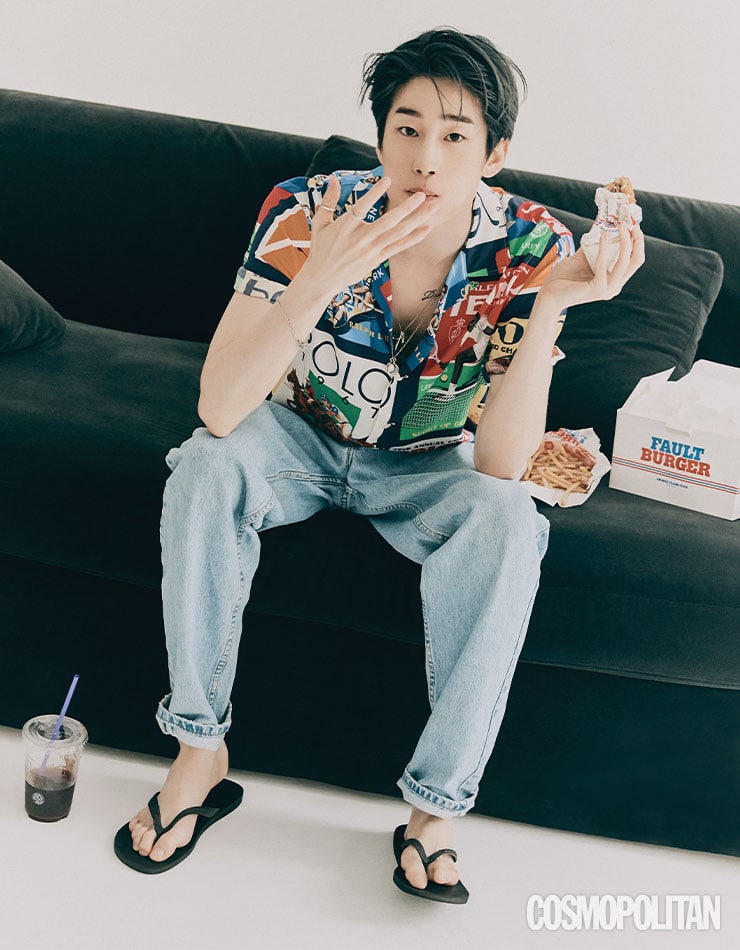 The members also talked about their goals, both personally and for the group. Han Seung Woo expressed his desire to take on a world tour. He added, “If I’m looking far into the future, I want to grow old with the fans beside us and make music that they can listen to.”

Byungchan said, “I want to show off various sides to me as a singer, and I want to succeed.”

On the topic of Han Seung Woo’s upcoming solo debut, Byungchan was asked to say a few words in Han Seung Woo’s stead. Byungchan shared, “Han Seung Woo worked on a lot of songs, and he is putting his finishing touches on them. There’s a song with all different kinds of vibes, and it’s addictive, so you will be humming along to it.”

Byungchan continued, “If I were to portray the song as colors, I think it would be a rainbow. Han Seung Woo is especially good at performing, so I hope you will enjoy the song with the performance!”

Han Seung Woo added, “If I were to sum up this album in one phrase, it would just be ‘Han Seung Woo.’” He then said with a laugh, “Please write it down like that.”