kakashi: I’m on my way to the mountains!……. I’m here! (sorry, my fault for posting so late 🙂
JoAnne:  Yay!  That is excellent news for so many reasons!
Panda: Fantastic news K! Enjoy!! I’m trying to be faithful to Cardio July ( something I and pals coined) to beath the Covid bulge. LOL. I’m also tearing through Midsomer Murders which I loooove.
Trotwood: I’m so glad that you are able to get away, Kakashi. Sigh. I had lost half inches in places in June, but all the ham I’ve been eating has put them back. Working an extra job isn’t helping. But the big news this week in my drama world was how a drama made in one country “fixed” a hated ending for a drama made in another country! Pp 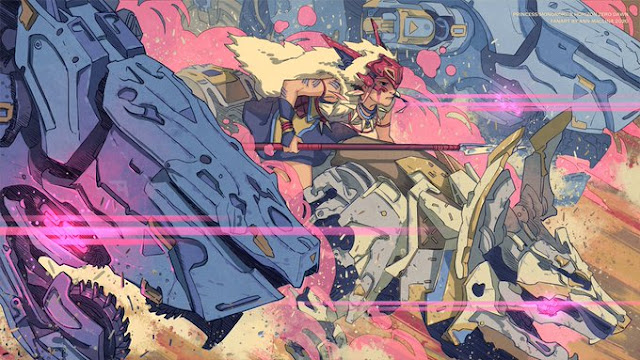 To All the Guys That Loved Me/Men Are Men

Hwang Jung Eum is back as a woman who decided she was not going to ever get married as a small child? Why? Because she almost drowned and during that time she had very real visions of at left three past lives where she fell for the same man who always left her heartbroken. I’m not sure why the show keeps hiding his face because we all know e=who the person is. Of course her parents are pissed at her and try every trick in the book to try to convince her to get married. I’d drop this show because I’m so pissed that we can’t have dramas showing women actually being happy alone or without children. But I’m intrigued by the past life stories. Not just because of their story, but who is the woman who is determined that her daughter gets this man because she couldn’t have him herself in her past life? 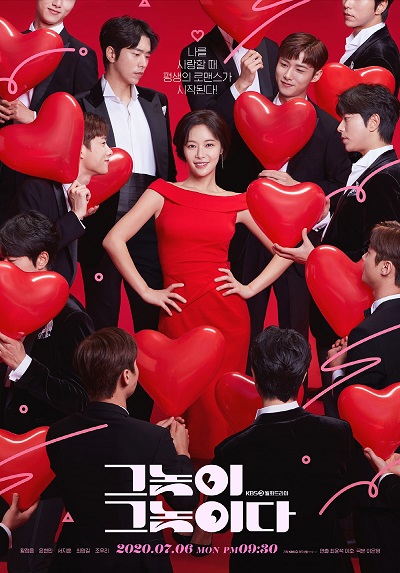 I started this for Elf Ears, but I’m in no mood to watch a show about corruption in the police force and cover-ups that get and innocent man a death penalty for a crime he didn’t commit.
Oh I love Elf Ears!  I love him so much!  I bet I won’t watch this, though.

I started this because I like Jo Han Sun and think we don’t get enough of him on the small screen. Also, it’s only four episodes, and I was in the mood for  a mystery that wasn’t as slow as The Good Detective. There has been a murder in an apartment complex that was supposed to look like suicide. The heroine is a woman who runs a run down real estate agency, but functions here like Angela Lansbury in Murder She Wrote.
But a 4-episode quickie, I could do. I don’t know where to begin with this show. This was another show where I just got madder and madder and watched the first two episodes thinking maybe I’m missing something. We are presented with  Song Ji Hyo as Noh Ae Jung, a single mother who dropped out of college in her last semester (LAST SEMESTER) because she was pregnant. She’s in hot water because she was tricked into signing a loan for a film production company. In the first two episodes, we are presented with four men who all either love her now or who will in a second as if all of them are options when really we know from the poster even that only one is and that one is the weakest nastiest most petty of the bunch. Can we pause here for a moment to let me roll my eyes? I had heard how some people were really loving this, but watching her desperately struggle is not fun or funny. It would only be interesting if I thought she might actually get to clean up the misunderstanding of the past and move on with another person who obviously adores her–because the show presents us with not just one but three other better options (I mean I’d even take the murdering gangster!), but no. She will fall back in love with the original guy because he will probably be her daughter’s father and dramas must force biological families together no matter what and make us all believe that this will work out without family counseling. Pfft. I will be dropping. My blood pressure can’t take it. Too bad because Song Ji Hyo is really good in it.
Dammit.  I thought this looked like it might be good.  Now I won’t even bother.

I think watching Yoon Shi Yoon be a good guy and a bad guy in different worlds is a LOT of fun.  You might not…but if you check this out you’re going to get good production values, good acting, an intriguing story…and Yoon Shi Yoon!!!!  How could that not be enough?  It’s a bit scary sometimes, just warning you.
I can’t hear what you are saying because I’m hugging you soooo hard virtually now.
Because you’re scared? 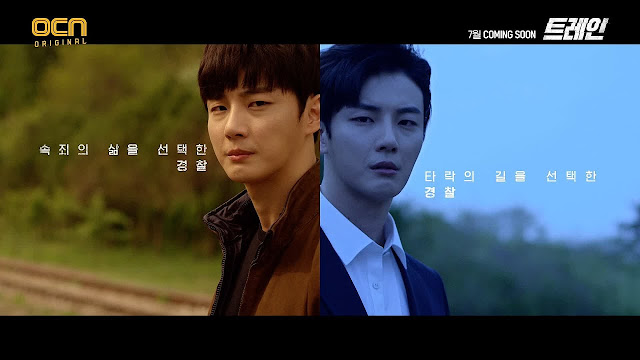 Goddamn this is one glorious show.  I defy anyone to watch it and NOT love it.  First off, it’s well-written.  Second, well-acted.  Pretty?  They got pretty in spades.  Funny?  Lots of humor, lots of anger, lots of hurt, lots of hope.  I think we are headed for heart break but it’s the kind where you know you’re better off for having gone through it?  Whatever else 2020 has up its sleeve to fuck with us, we got this beautiful, human, layered show.
Now I’m crying because you are still here.
Ohhhhh because you LOVE me!  I love you too!

I find myself coming back to these two Chinese drama so I can breath. It’s not that these heroines don’t struggle or that there are annoying crazy (I dropped Well-Dominated Love for this reason), but they don’t make me as invested emotionally, so I’m not so angry. Could it be how everything seems to be bathed in sunlight all the time? Could it be the office spaces with the impossibly high ceilings? I know I like this show because I’m really liking the way our leads are working together in the struggle rather than the struggle be about their relationship. Jiao Yang has finally lost his battle with his step brother and thus lost his position, but he now knows that the reason Lin Maio keeps trying to set a line between them is that she is from the future, but he doesn’t care. He’s just determined to believe that she was sent back to be with him. It’s also good to know that she’s as upset by her silly past self as I am and that he finds it hard to believe that she was ever that person either. I still can’t figure out the brother’s back story though. The parents seem to dote on each other, so how did she get pregnant with Su Cheng Yu? Did his father rape her? But then how can he think that she betrayed him and that he’s owed the company? Or is he supposed to be older than Jiao Yang? Please help me Parallel Love, watchers. 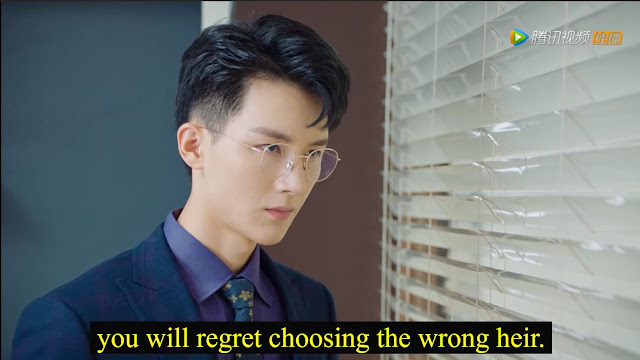 I continue to be flabbergasted at the horrible collars in this show and the bad clothing choices in general, but I am also still watching and its a great show to binge. The back story between the two enemies has been revealed, but I’m like “What? That’s It?” I don’t understand why Fang hates lies, but I’m not sure why Li Zhe doesn’t automatically go to the logical conclusion in the decade that he’s harbored this hatred that our heroine does in five minutes: Fang was a kid who had no control over his father. How could he think he was in collusion? Yes, my eyes are rolling, but it doesn’t make me angry. What will bother me more is if the show makes the 2nd FL into a hateful person because she’s always thought she was Fang’s most important person. She’s likable and good at her job and is the only person who consistently wears fabulous professional clothes. There is also a man who dotes on her. I want her to win over her tyrannical father and prove that she made a good choice leaving the company. Also, will Li Zhe end up really liking our heroine despite being so obvious that he’s trying to use her in his revenge? I like how she just keeps calling him out on it.

I am so glad that I waited to watch the last two episodes together because I would have been raging. I knew Ito was going to break up with Nishi because of the societal pressure even though they have been together for ten years and he’s clearly so happy with him.  It was so painful, just as painful as his subsequent marriage. But the confrontation scene with his parents in his defense of his sister’s relationship was beautiful, but his search for Nishi and the pain and length of search made me feel more relief than joy at the end. Still, that is NOT what everyone is talking about. Remember this:

HIStory3: Make Our Days Count RAWR review? I was so disgusted at the senseless death of the main character that I just had a black square. Everyone was pissed. People even talked about this being the ruination of a very successful Taiwanese drama franchise. What does this have to do with Life Senjou no Bokura? Well, everyone knew that one of the actors from HIStory 3 had a cameo in the show, but no one guessed that his character would not only show up but show up to meet the other character who the franchise had killed off!!! It was the ending that everyone wanted. They had talked about visiting in the mountains after they finished studying, and they pop up together as basically background characters for Ito and Nishi’s search! Mind Blown. But the international BL fandom is strong, and we got basically two happy endings for the price of one. 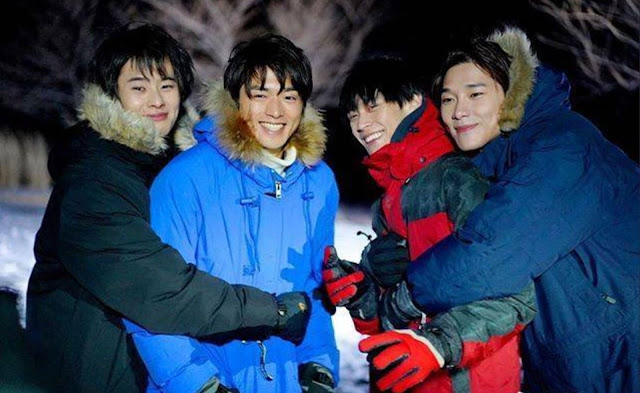 I watch more things than I write about here, and I have been watching this delightful Filipino web drama for seven weeks now. It’s all on YT, and it’s the first of several dramas that are utilizing the quarantine to come up with interesting and realistic ways to film. The premise here is that Cai is an online gamer who live streams his competitions with other gamers. Gav beats him to the surprise of many. Even more surprising, Gav beats him because he likes him and pursues him completely through  the online world of video calls, live streaming, and zoom. But this week’s episodes really bring COVID into focus in a heartbreaking way. The show is constantly mentioning how our daily lives have changed from the hand washing, to the mask wearing, to their friend Pearl being late to one of the meetings, so she can disinfect the groceries. However, this week it really brought home how everyone can spread the illness and how so many will not be able to just move on even when a vaccine is found because we will have lost so much. 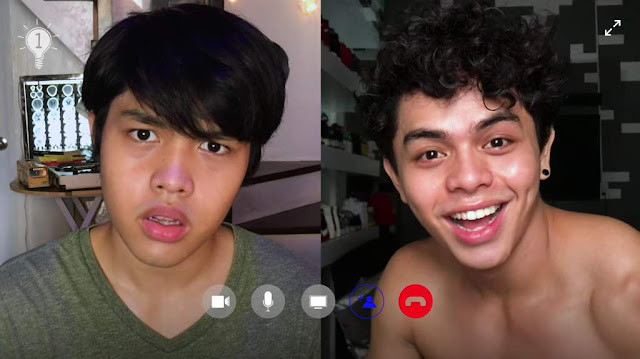