N.Fia buckle up as N.Flying reveals a mesmerizing music video for their special digital single “STARLIGHT”!

N.Flying released a special digital single track titled, “STARLIGHT,” on July 24. The group made the surprising announcement on their official SNS. They unveiled a teaser for the track on July 21.

The heartwarming track “STARLIGHT” is composed by N.Flying’s leader Lee Seung Hyub. The track first released on his SoundCloud account under J.Don about 7 months ago. The song was also revealed during N.Flying’s FLY HIGH PROJECT in 2019 as well. 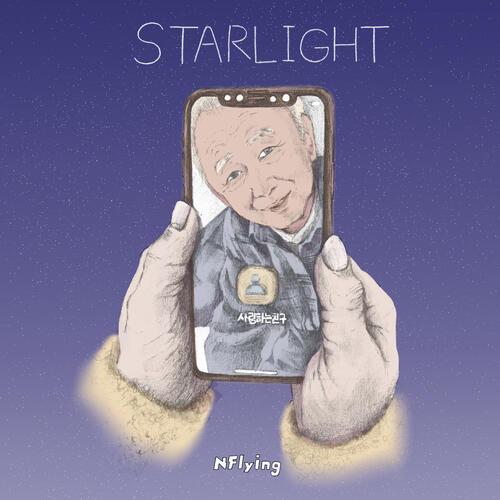 As for the story behind the track, J.Don expressed that he had written the track after his grandfather passed away. He noticed that his grandmother had been using his grandfather’s photo as a profile picture on social media with a caption meaning “forever friend”, so he was inspired to write this song.

The animated music video is extremely heartfelt to put it simply. It expresses the sincere story of Seung Hyub’s grandparents.

The video starts off on a sweet note of the old couple sharing lighthearted moments. Within the span of the video, the couple walks alongside the seashore, holding balloons that represent their memories.

As the video progresses, the old man slowly turns into a child as the balloons keep leaving his hand, one by one. However, he holds onto just a single balloon until the end, on which he draws the face of his wife – the only memory he has left. 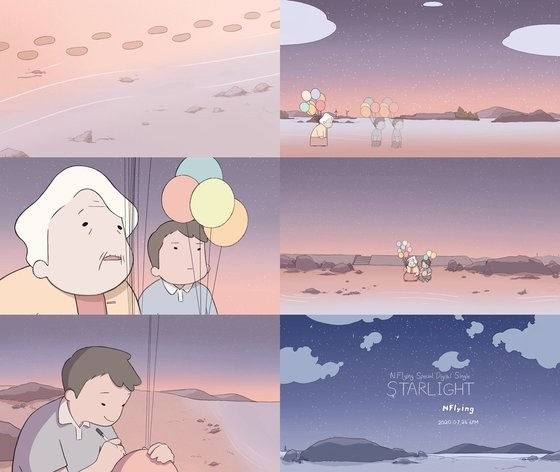 In one of the most stirring moments, when it is time for him to go, on another balloon he draws his face on it, and ties it onto his wife’s finger. He finally lets go of her memory and leaves her with his memory that he has drawn on the balloon.

The video is sure to make fans shed a tear or two, not just with its poetic lyrics brought to life by the group’s impeccable vocals, but also with its overall poignant conceptualization.