My Unfamiliar Family recounts the story of a typical household on the verge of falling apart.

Outspoken and deeply moving, My Unfamiliar Family takes a critical look on family ties that have severed due to misunderstandings and indifferences. With definitely shocking revelations and heartbreaking events, the drama promises an extreme roller-coaster ride of emotions up to the beginning until the end. 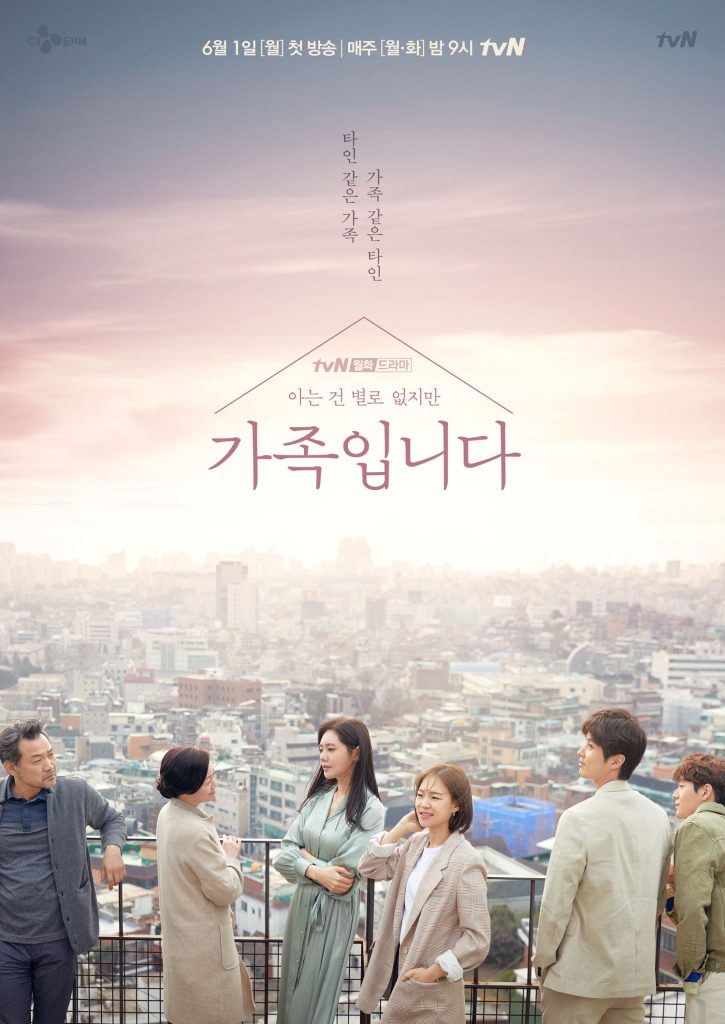 RELATED DRAMAS: MY FATHER IS STRANGE, BEAUTIFUL WORLD, WHAT HAPPENS TO MY FAMILY, FATHER I’LL TAKE CARE OF YOU

My Unfamiliar Family follows the common story of a family treating each other like strangers while considering other people as their family.

Intertwined issues finally come to light when Lee Jin Sook (Won Mi Kyung) decides to “graduate from marriage”. But after determining their separation, her husband Kim Sang Sik (Jung Jin Young), gets into an accident and suffers amnesia. He suddenly became 22 years old with recollection of memories when he was at that age. 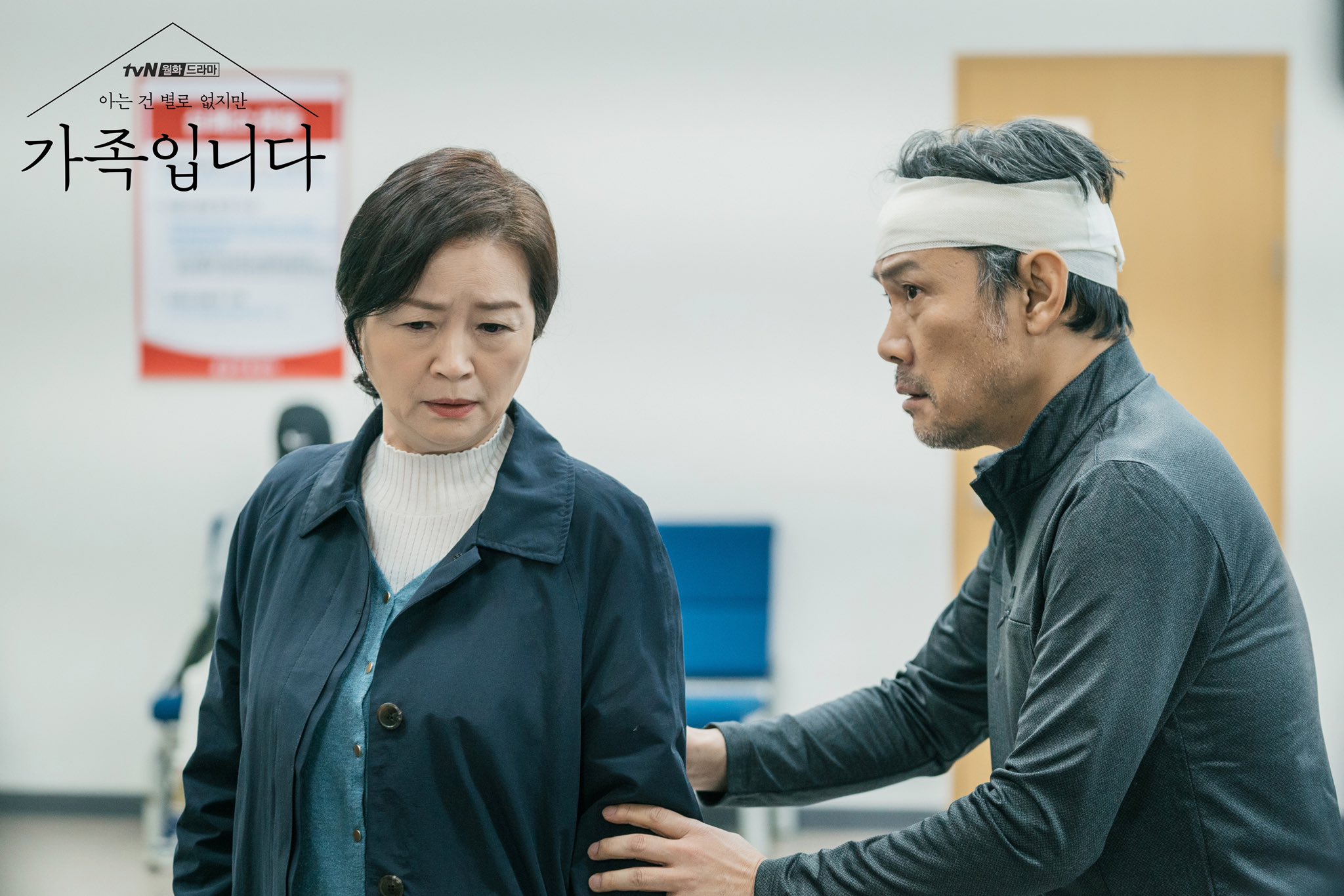 Kim Eun Hee (Han Ye Ri), the second daughter, is the peacemaker who gets in the middle of every family conflict. She has a bright and affectionate personality whom others take advantage of. She works in a publishing company.

Eun Hee’s estranged elder sister Kim Eun Joo (Choo Ja Hyun), is a patent lawyer married to a doctor husband Yoon Tae Hyung (Kim Tae Hoon). Completely contrasting with Eun Hee who is outgoing and friendly, Eun Joo is the exact opposite. She is level-headed, stern and straightforward with her words.

The youngest son is Kim Ji Woo (Shin Jae Ha), the softhearted and sweet maknae. He works for Park Chan Hyuk (Kim Ji Suk) as a media staff. Chan Hyuk is Eun Hee’s long time friend whom she recently reconciled with after an argument years ago. 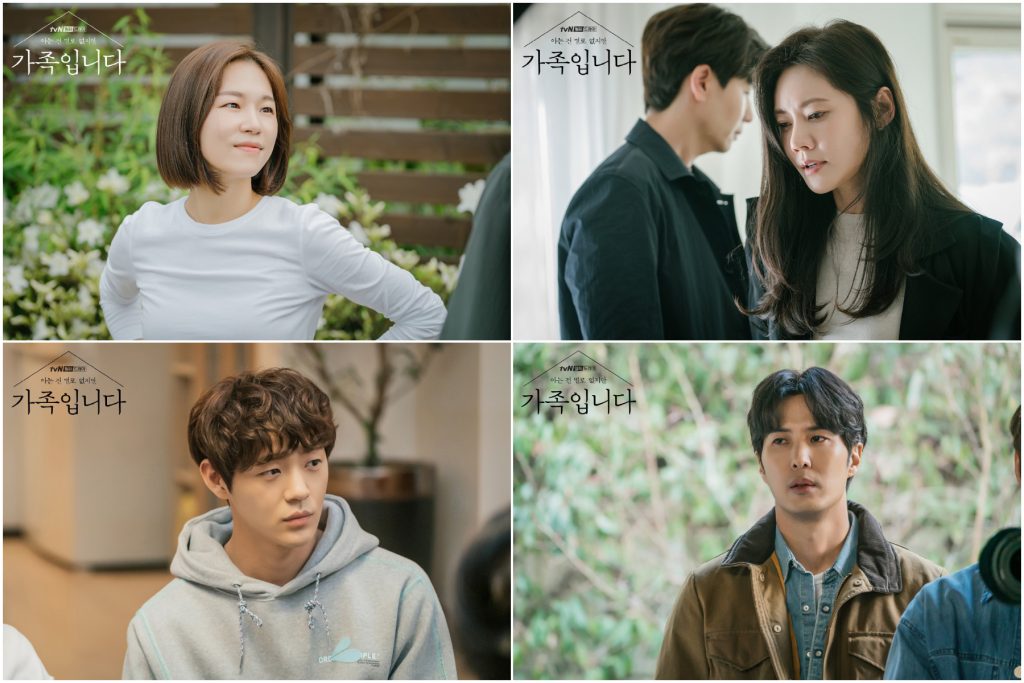 As both parents and children grow older, they tend to live their lives separately. For their family who rarely spent time with each other, problems get swept under the rug. Without addressing the issue, fissures behind the image of a “peaceful family” get bigger.

Carefully exploring such pursuits, the drama bravely pictures afflicting issues which responsively comes with reflective conclusions. Resolute and purposeful, the characters cope with the regrettable truth and heal through their perseverance.

Overlooking the problems instead of immediately resolving it at that very moment, increased the physical and emotional barriers resulting to a snowball effect. Despite their motto “Peaceful family through love”, the children and parents’ negligence has completely scarred their hearts and sever the deep connection between each other.

My Unfamiliar Family also features diverse stories of the children the moment they age and step out of their parents’ care. It subtly traverses the stages of life; maturing (Kim Ji Woo), exploring and chasing dreams (Kim Eun Hee), life after marriage and desire of having a child (Kim Eun Joo), and the elder years (Kim Sang Sik and Lee Jin Sook).

The effects of their past decisions came one day in a series of spiraling predicaments that challenged the foundation of their family. 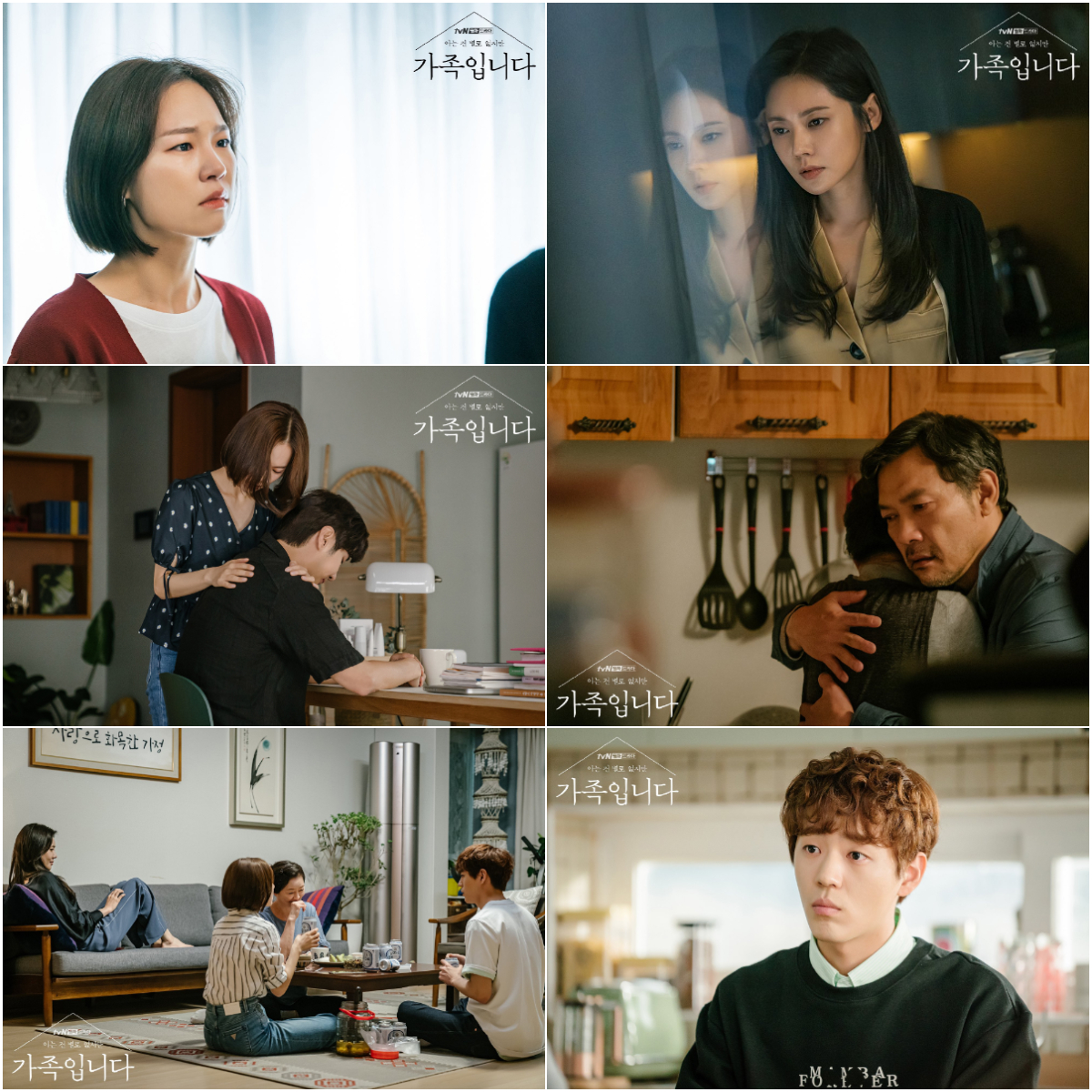 Granting meaningful words and values, My Unfamiliar Family calls an exception when it comes to being straight arrow. The family members and parents are flawed. They are reluctant to change which is why their problems and resentment piled up.

Now, the lesson to never overlook small problems comes forward. In every successful and happy relationships, communication is the best formula and remedy.

When the sisters, Kim Eun Hee and Kim Eun Joo had a five-year dispute, the only thing they needed is to talk things out. But because of their clashing personalities, they get into a disagreement and Eun Hee cut off her contact with her sister completely. Later on, Eun Hee found out that Eun Joo had a miscarriage that day.

Another problem is when Ji Woo who they regard as thoughtless, ran away from home to meet his turned-out “imaginary and scammer girlfriend”. The disheartening scene reminds to be sensitive towards your family members.

Trust is the most valuable aspect in marriage life. For the parents, Sang Sik and Jin Sook, this probably the thing that weakens their relationship. Because of the misinterpretation for certain things, they kept their frustrations bottled up without confronting the main source of their grievance.

The most important lesson to learn from My Unfamiliar Family that people often overlook is that family are the ones who we share the burden with. 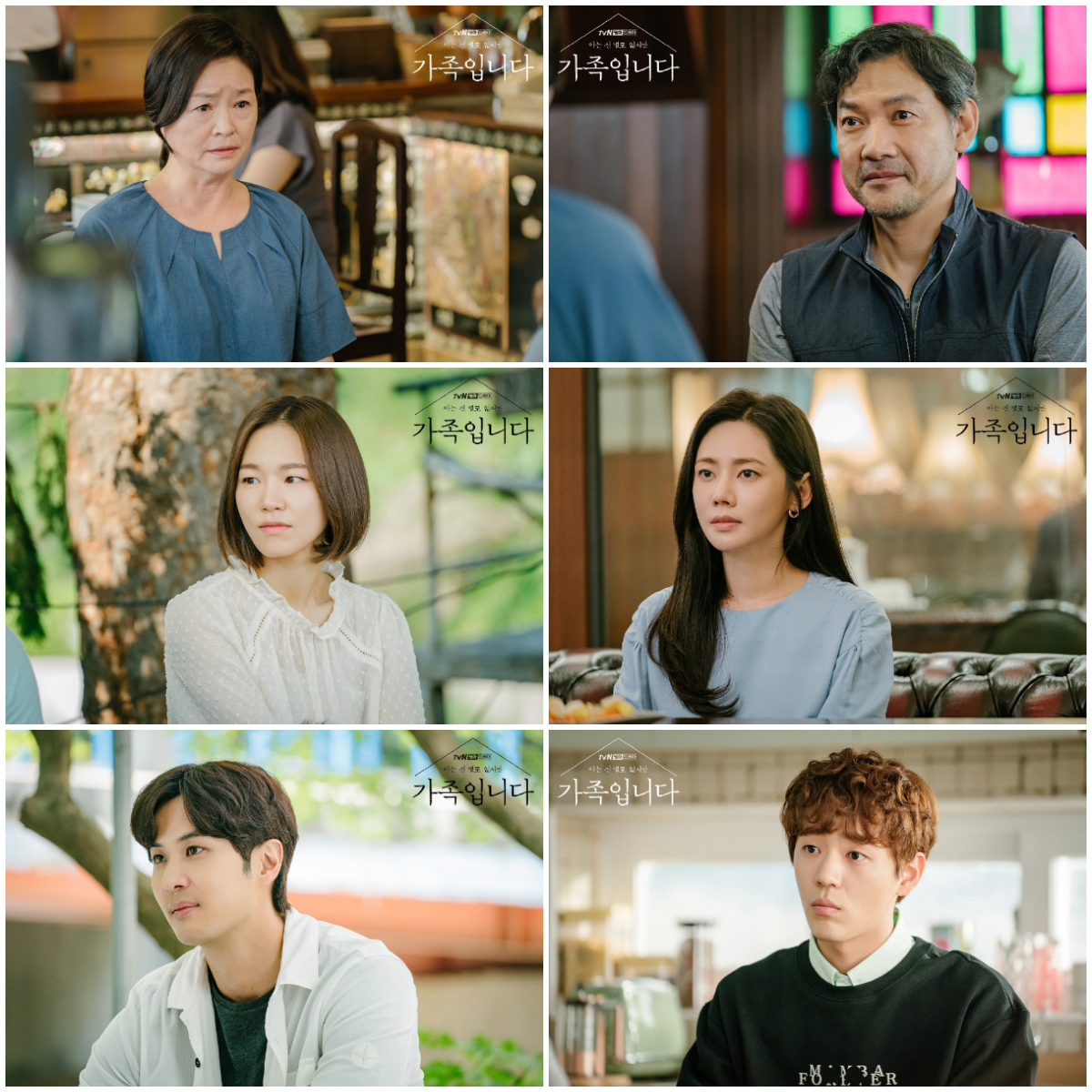 Having the time to self-reflect is the greatest thing My Unfamiliar Family has given. Causing further excitement with cliffhanging revelations every chapter, the scenes turned out to what viewers may not expect at all. It gives you no choice but to tune in the next episode to see how it unfolds.

While the plot entirely revolved around the main family, it also gives a glimpse of the different faces of families. It also allows to completely grasp the complexity of the word “family”. This includes an overstated understanding of the non-existent concept of a “perfect family”.

Everyone is imperfect and mistakes happen at any given time. But if we are willing to make changes for the overall prosperity, then it requires equal efforts from each family members.

Delivering on-point emotions through its brilliant casts, the drama heartwarmingly sends genuine lessons everyone can learn from. Reconnecting with family and resolving the issue immediately. Plot-wise, nothing grand, but its engrossing honest depiction of the bitter sufferings of every family is definitely worth your time.

Watch My Unfamiliar Family on Viu.

Images and videos from tvN