The new stills show Choi Dae Hyun dealing with the fallout of the end of his relationship as he heads off on a trip by himself to process the breakup. However, his trip doesn’t stay a one-man endeavor as he is joined by Jung Saet Byul (Kim Yoo Jung).

Choi Dae Hyun is sitting at the beach by himself, looking like he’s already had quite a lot to drink. He is surprised when Jung Saet Byul appears next to him unannounced and sits by his side. He ends up opening up to her, the alcohol bringing his honest emotions out, and she looks at him with a complicated look in her eye. 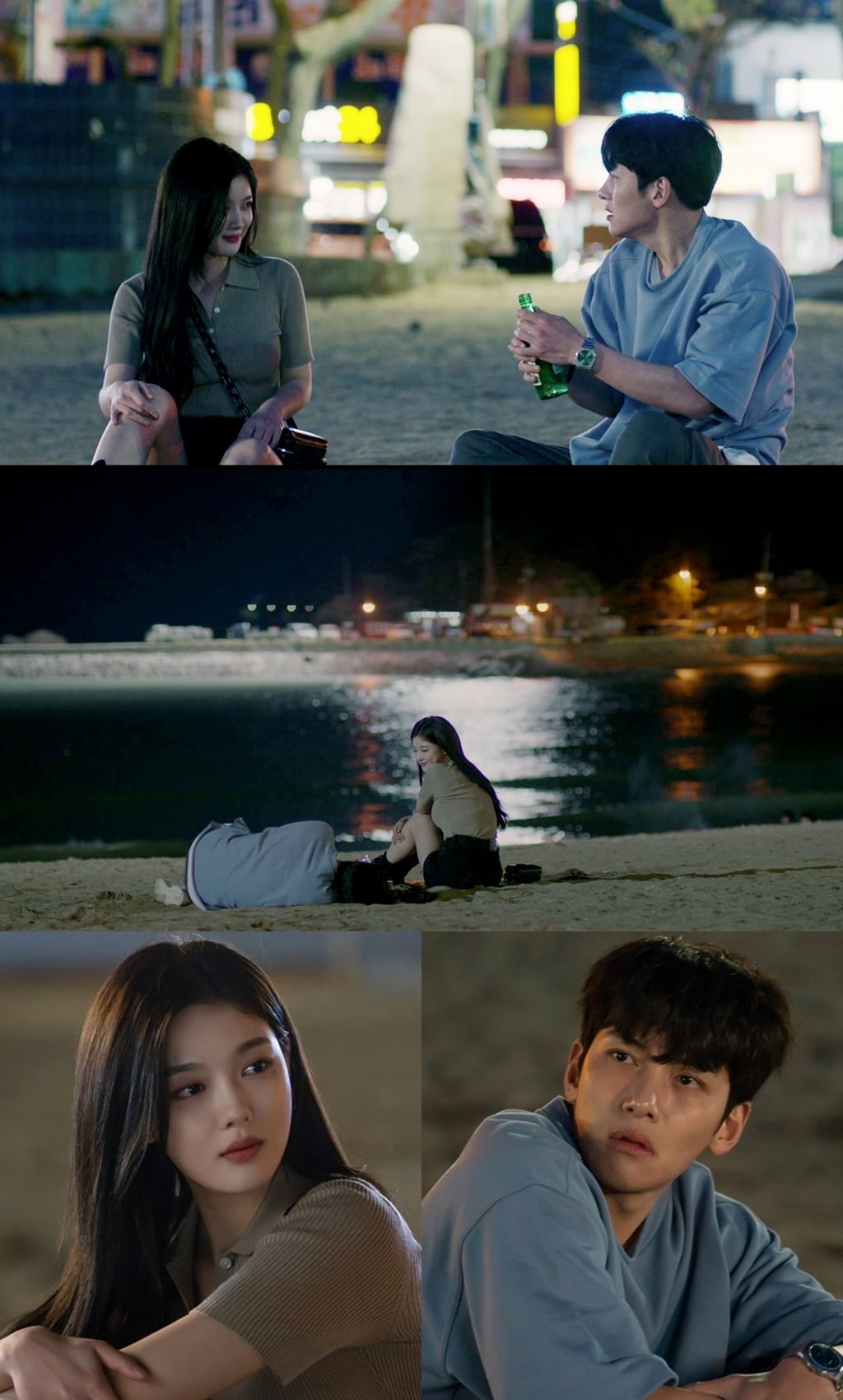 The production staff of “Backstreet Rookie” shared, “Viewers will be moved by Jung Saet Byul carefully opening up to Choi Dae Hyun about her unchanging heart and how she’s felt about him all this time. Please anticipate a deepening dynamic between Choi Dae Hyun and Jung Saet Byul.”

The upcoming episode of “Backstreet Rookie” is set to air on July 18 at 10 p.m. KST.

Catch up with Kim Yoo Jung’s previous work “Clean With Passion For Now” below: