On July 23, the cast and crew of “Steel Rain 2: Summit” (literal title) held a media preview ahead of their film’s premiere.

“Steel Rain 2: Summit” is the sequel to the film “Steel Rain.” “Steel Rain 2” is about a crisis that unfolds right before a war when the three leaders of the Koreas-United States summit are kidnapped in a North Korean nuclear-powered submarine. The two films are not directly related and the returning actors play different roles from the first film. 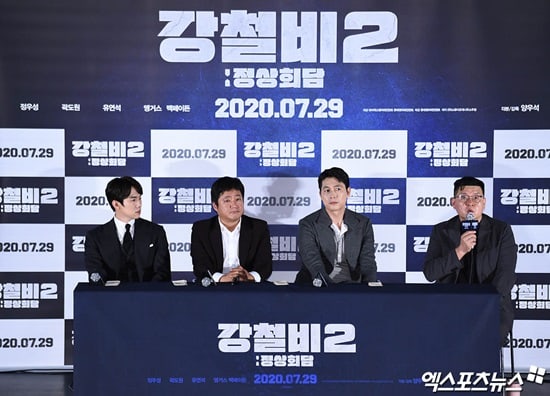 Director Yang Woo Seok said, “North Korean relations and North Korean nuclear policy remain serious issues for South Koreans. The Cold War system that used to surround us has broken up, but we are now caught in the conflict between the United States and China. I wanted these films to show possible simulations for what could happen in our situation.”

Director Yang Woo Seok said, “I think that there are four future paths for the Korean peninsula. The first is war. The second is denuclearization through negotiations. The third is the collapse of the North Korean regime. The fourth is South Korea’s nuclear armament. I was thinking about showing these possible scenarios through the ‘Steel Rain’ films. Both ‘Steel Rain’ and ‘Steel Rain 2’ are about war and nuclear weapons, but I wanted to show that despite all that, we needed to move to a peaceful system.” 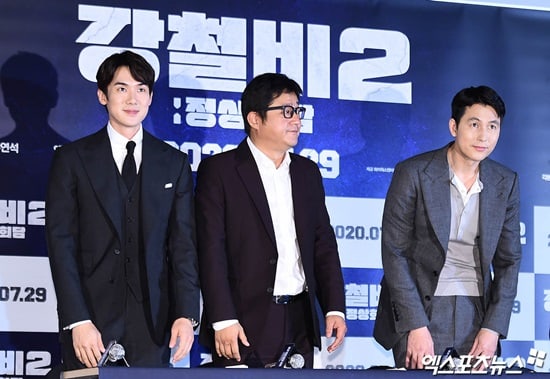