Highlight’s Yoon Doojoon is gearing up for his first solo mini album!

Yoon Doojoon will release his mini album “Daybreak” on July 27 at 6 p.m. KST. Check out what to look forward to on his schedule below! 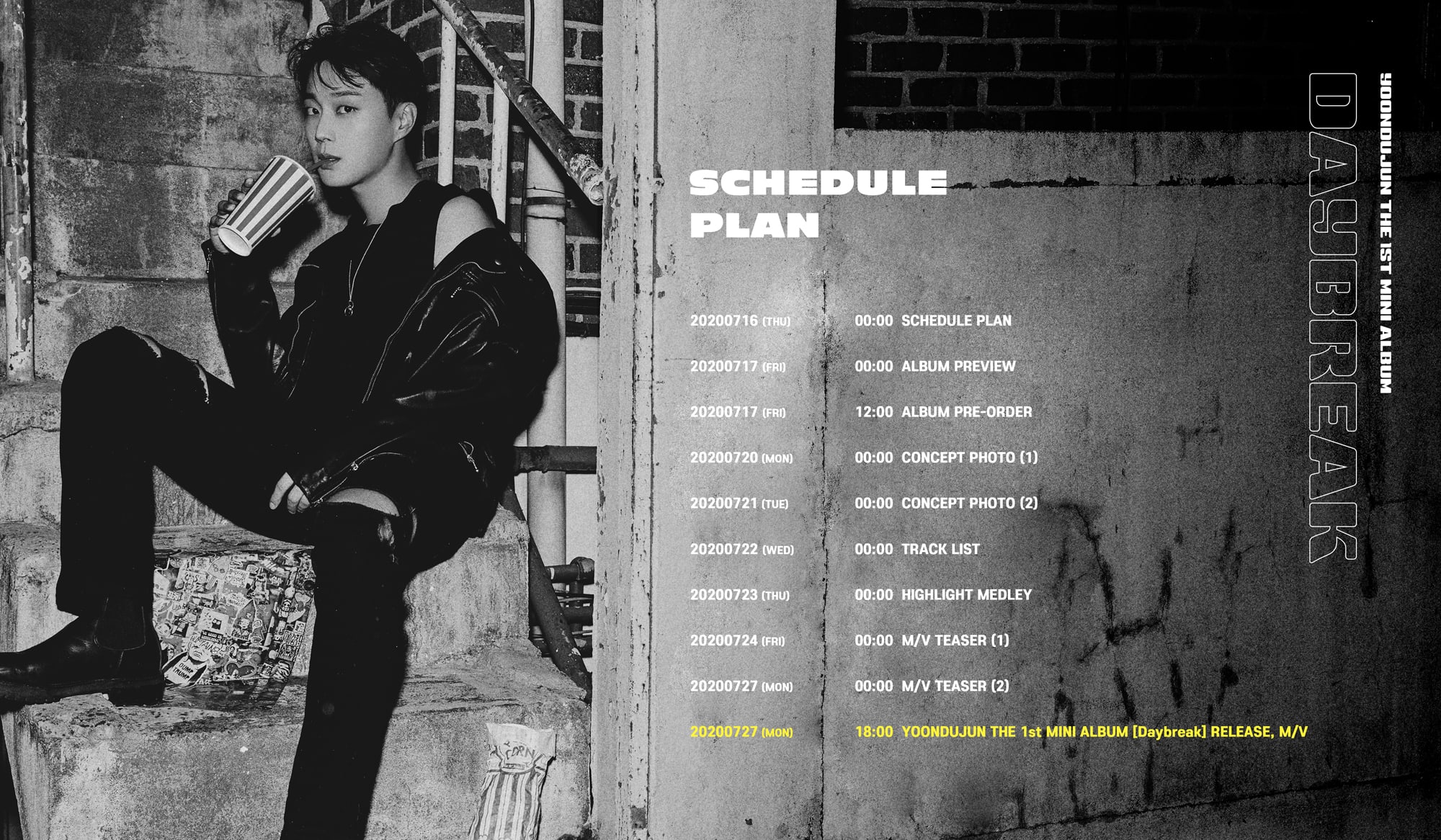 Yoon Doojoon is a singer and actor who debuted in 2009 as the leader of Highlight (at the time called Beast). He recently returned after completing his mandatory military service in April.

Watch Yoon Doojoon in the drama “Let’s Eat 3” below!