After Goo Ho In, the brother of the late star Goo Hara, filed a lawsuit against their mother for claiming half of Goo Hara’s inheritance, their mother has spoken out in an interview.

On the July 23 broadcast of JTBC’s “Spotlight,” they conducted an interview with Goo Hara’s mother, who is currently in a legal dispute with her son over a ruling on the division of Goo Hara’s inheritance.

After Goo Hara passed away last November, her parents each received half of her inheritance. While their father has already given his inheritance to his son, Goo Ho In is expressing his opposition to his mother claiming the other half, based on Article 1008-2 (Contributory Portion) of the Civil Act, which aims for fairness between co-inheritors. This states that among direct ancestors, importance must be given to someone who particularly provided for the descendant or contributed to the maintenance and increase of their property. Goo Hara’s brother has stated that their father provided their child support and living costs, and he also actively helped as a guardian after her debut.

Goo Ho In also explained in a previous interview that their mother left home when he was in fourth grade and Goo Hara was in second grade and cut off all contact with them for the next 20 years. Although giving up her parental rights and custody in 2006, Goo Ho In shared that she appeared at Goo Hara’s funeral insisting on appearing as the family’s chief mourner. He added that at the funeral, she was filming a video with her phone as a means to collect evidence.

In response, Goo Hara’s mother explained, “I wasn’t trying to record, I was calling Ho In and asking to be given the family’s chief mourners’ clothes. Since I kept asking and they weren’t giving it to me, Ho In and my ex-husband began causing a disturbance. It wasn’t that I was trying to film, I just pressed ‘record’ in the moment.”

Regarding her decision to appoint lawyers even before the end of the funeral procession, she shared that it was because of a suggestion from Goo Hara’s aunt. Her mother commented, “I told the lawyer to take care of it on their own. My daughter had died, what kind of inheritance or money could have been important? I don’t even know now how it worked out. I don’t know anything. I don’t even know what the amount of money is. Don’t keep asking questions. This is hard.” 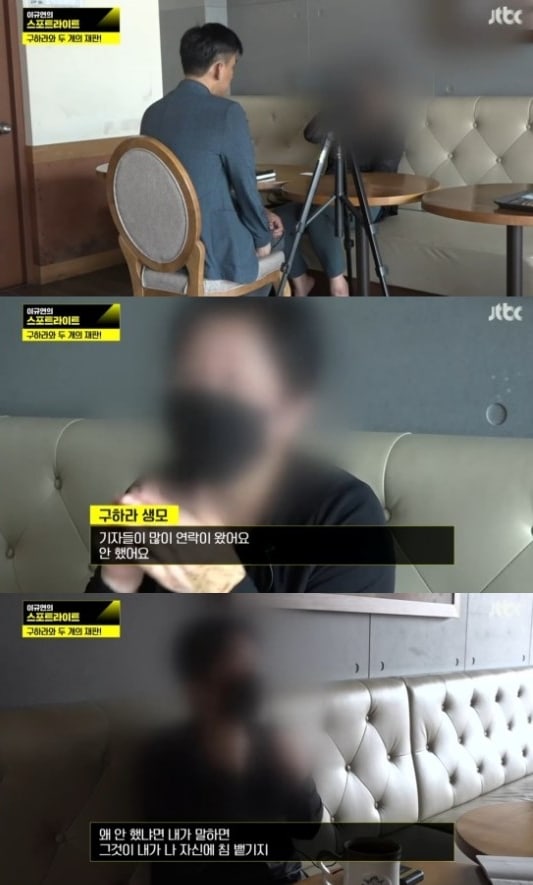 She continued, “What kind of parent doesn’t want to raise their child? However, I had my own circumstance. In my situation without a job, leaving with only one bag, even though I wanted to raise them, I found myself in a situation where I couldn’t, so I didn’t.”

Goo Hara’s mother continued, “People say I ran away because I cheated, but that’s not true. I was at work at night when my ex-husband shaved his head and came with his knife to say he was going to kill me.”

However, a mention of her mother’s affair had been recorded in Goo Hara’s diary. An acquaintance of Goo Hara shared, “Goo Hara knew that her mother had cheated and that she was meeting another man.” 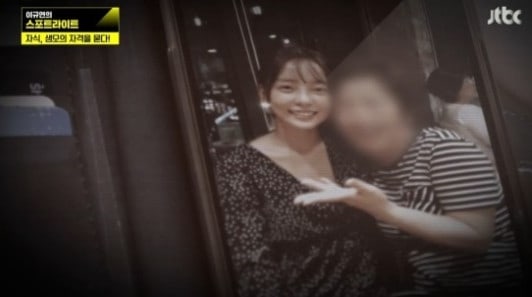 Regarding their meeting, her mother commented, “We talked about eating lots of good food together, going on vacation, and spending a lot of time together.”

Goo Ho In later revealed that the medical professional Goo Hara was seeing for her depression had suggested she try and find her mother. He shared, “In 2017, my younger sister was taking medicine and receiving treatment for depression, but she was still not doing well. With the suggestion that she seek out the root of the cause, my younger sister sought out our mother first. The hospital staff had suggested it to her. Since she wasn’t getting better, I think she met up with her in an attempt to grasp onto anything she could.”

Her mother shared, “I told her that I was really thankful that she hadn’t forgotten about her mom and had come to find me. I cried a lot because I was so apologetic. We met up and ate, drank tea at a tea house, and talked about this and that.”

However, another acquaintance of Goo Hara’s shared, “I think her mother had the desire to be able to brag and say ‘I’m Goo Hara’s mom.’ I think she even had friends there. I think Hara just wanted to see her mom, receive a warm hug from her mom, and chat with her mom, but she basically invited all her relatives and their kids. It was like a party.” 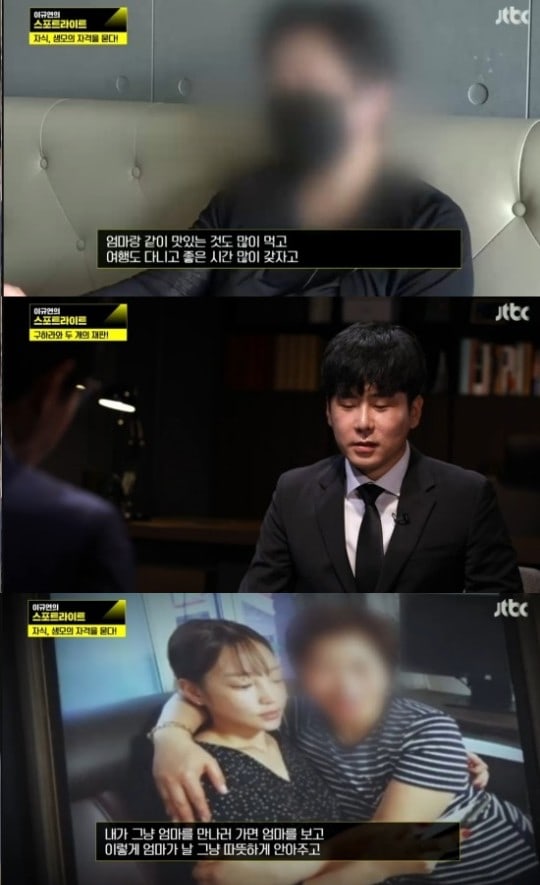 A different acquaintance revealed that while their mother lived close to her children, she never went to go see them. They explained, “She lived at a close enough distance to see her kids as soon as she opened her door. But she would say, ‘They don’t look for me.’ She knew everything Hara was up to and was going around telling everyone she was Hara’s mom. Her child couldn’t believe she was doing that.”

With his inheritance, Goo Ho In has already shared his hopes to donate to single parents and struggling trainees. If he does so, Goo Hara’s mother revealed that she plans to as well.

Goo Ho In has called for the establishment of a “Goo Hara Act” that would change inheritance laws so that families in the future will not suffer from the same tragedy that theirs is going through. Although a petition for the act reached 100,000 signatures and was submitted to the National Assembly, the bill was unable to be passed before the 20th National Assembly’s last sessions.

While the assembly agreed that five of the submitted amendments to civil law should continue to be reviewed along with the entire inheritance system, the bill has essentially been scrapped as it was not passed before the end of the last meeting. Goo Ho In and lawyer Noh Jong Eon have since relayed their hopes that the act will continue to be evaluated and that the bill will eventually be passed in the 21st National Assembly.