EXO’s Chanyeol, Baekhyun, and Kai responded wittily to the “Amazing Saturday” cast’s complaints that their songs were too difficult to hear the lyrics to.

The three EXO members appeared as guests on the July 25 broadcast of the tvN variety show, which features a fixed cast and guests listening to song lyrics and writing them down as accurately as possible.

EXO’s songs had appeared six times on the show before. The cast had succeeded three times and failed three times, resulting in a success rate of 50 percent. Most of the difficult parts had come from Chanyeol’s rap parts. 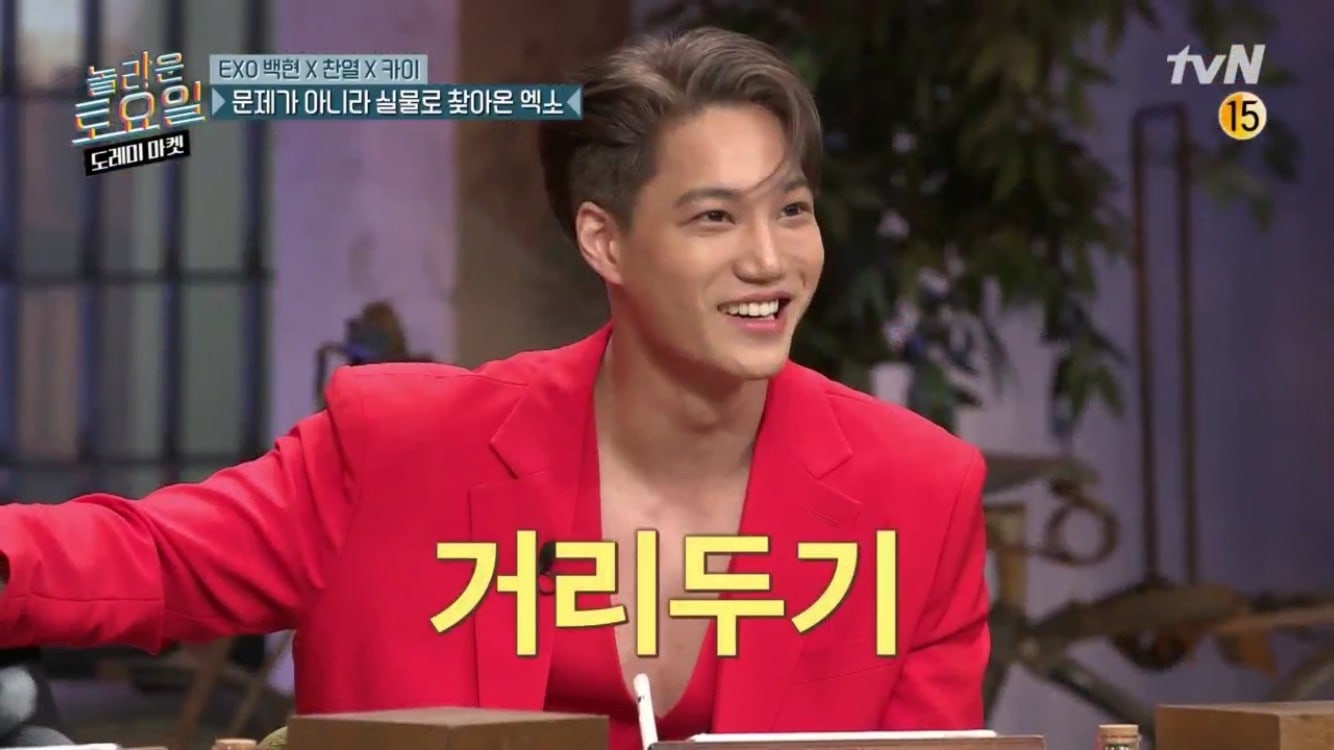 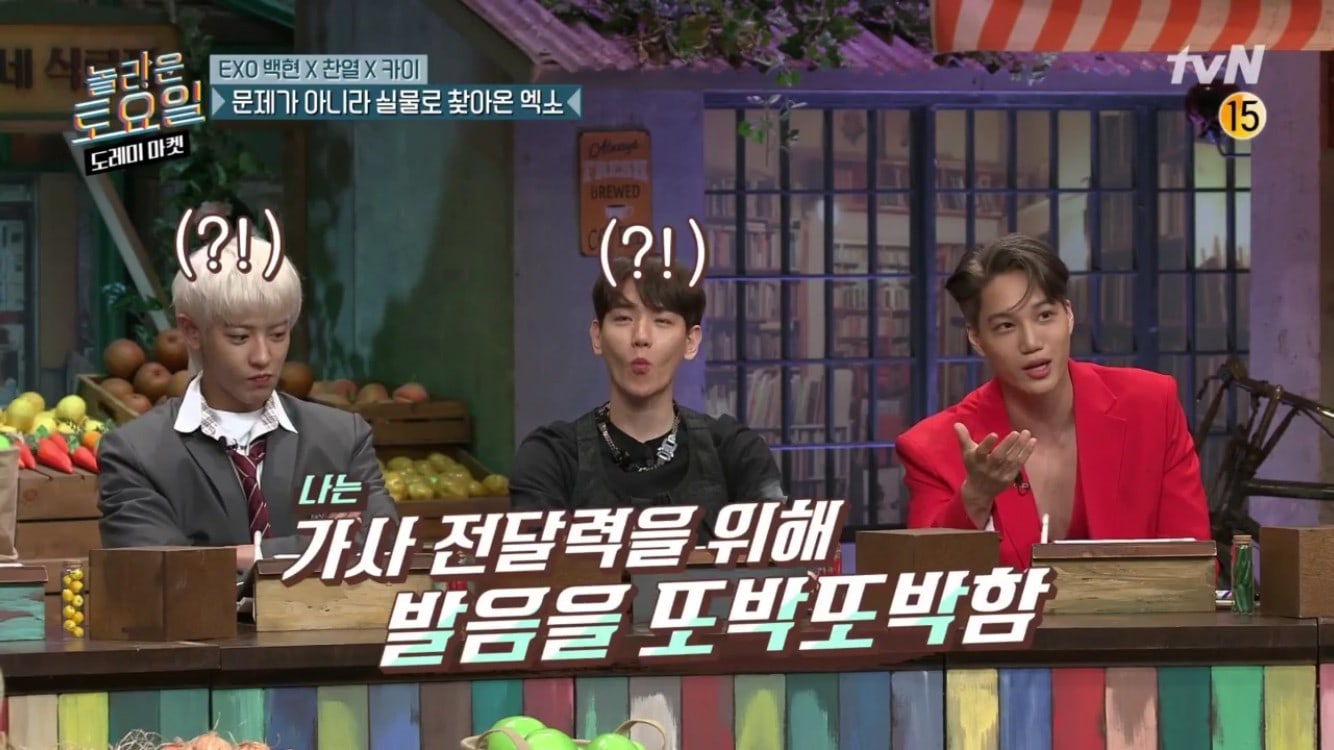 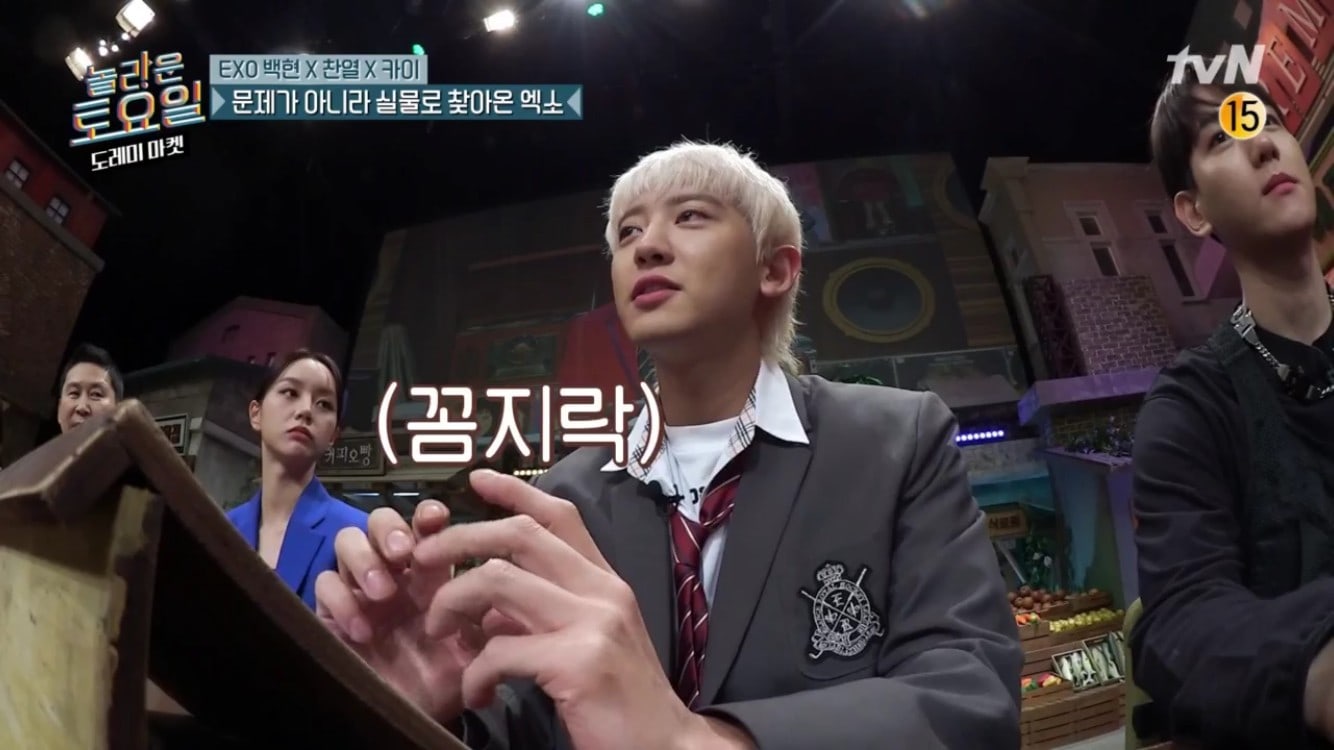 Asked about the reason that their songs were so difficult, Kai said, “I heard that you succeeded when it was my part. I try to pronounce the words as clearly as possible in order to convey the lyrics, but these two [Chanyeol and Baekhyun] add a bit of flirtatiousness when they sing.”

Chanyeol said, “I reflected a lot after I heard that the cast wasn’t able to get the answer. I thought that other people would also not be able to understand the lyrics without looking them up. When Sehun and I recorded ‘1 Billion Views,’ I made sure to pronounce everything properly.” 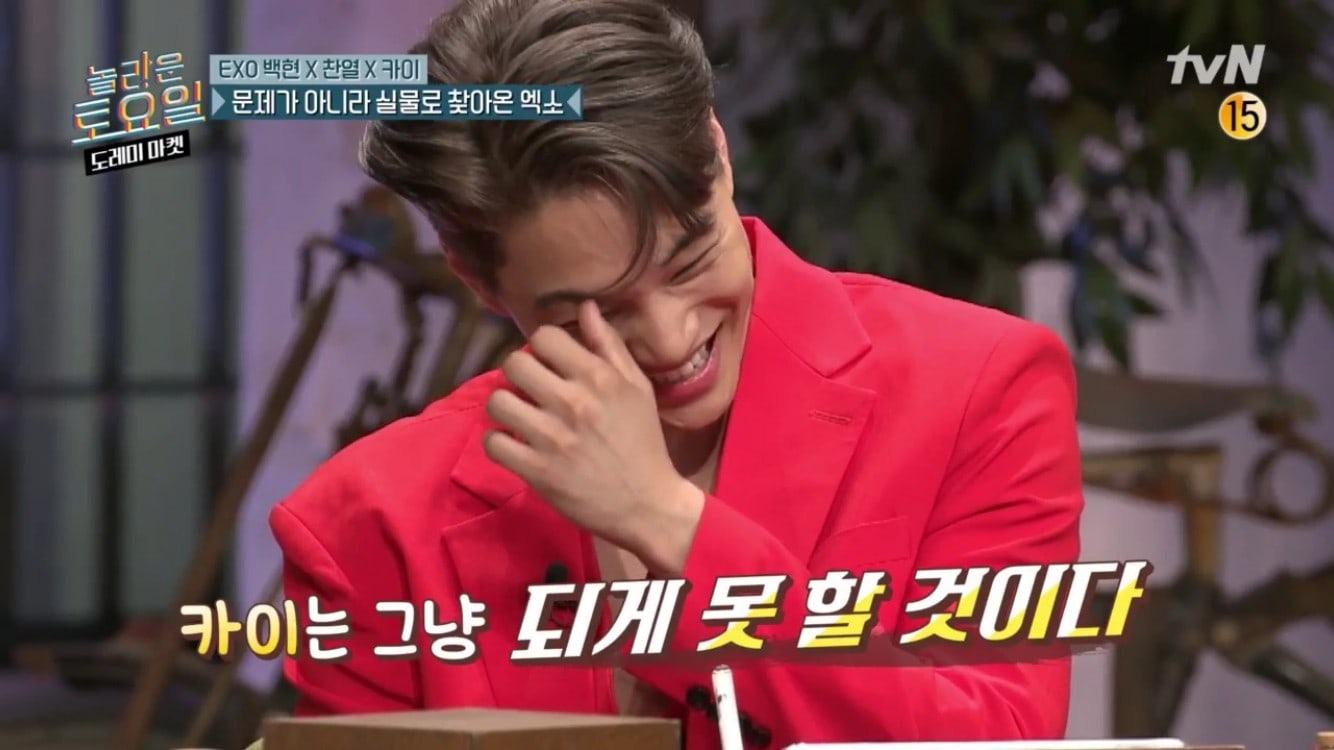 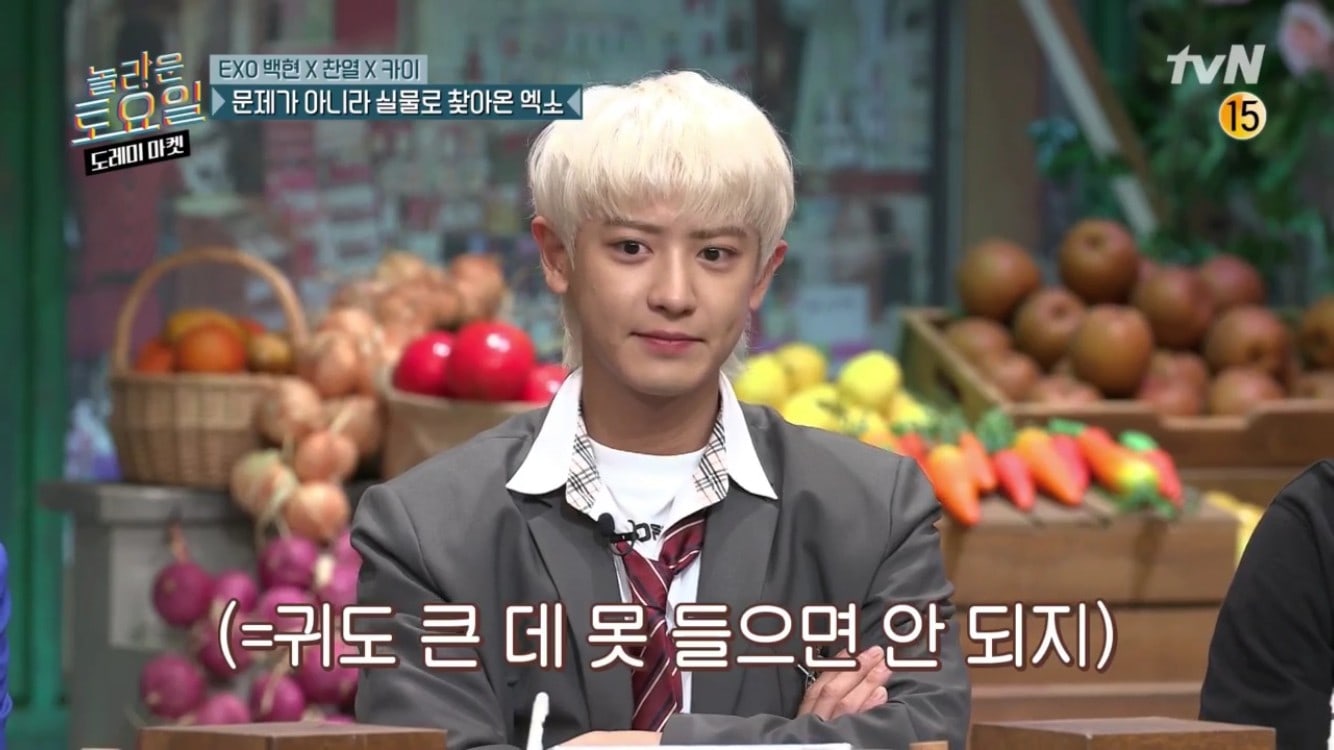 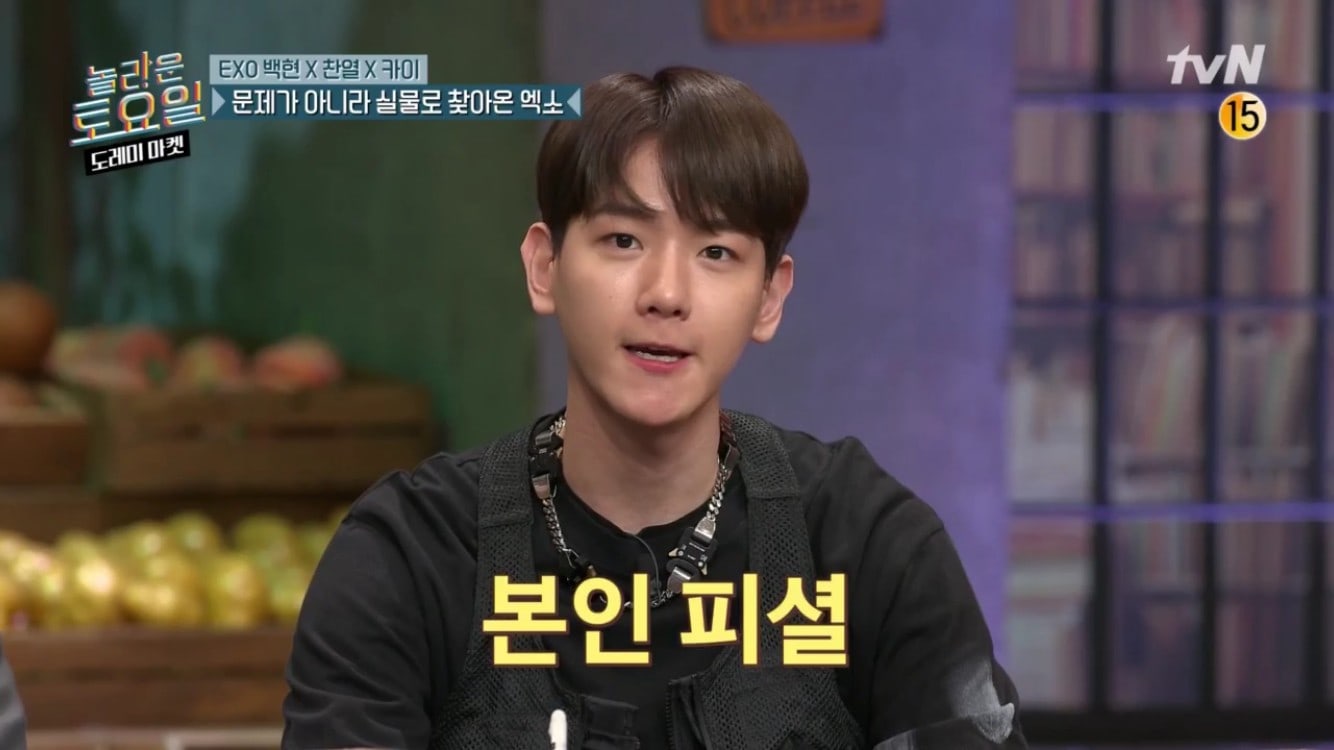 Baekhyun was also asked which member would do the best on the show. He replied, “I think Kai will be very bad at it. Chanyeol has big ears, so he should probably hear well. I am quick-witted, so I will catch anything that sounds similar.”

Check out Chanyeol in the film “So I Married My Anti-Fan” below!