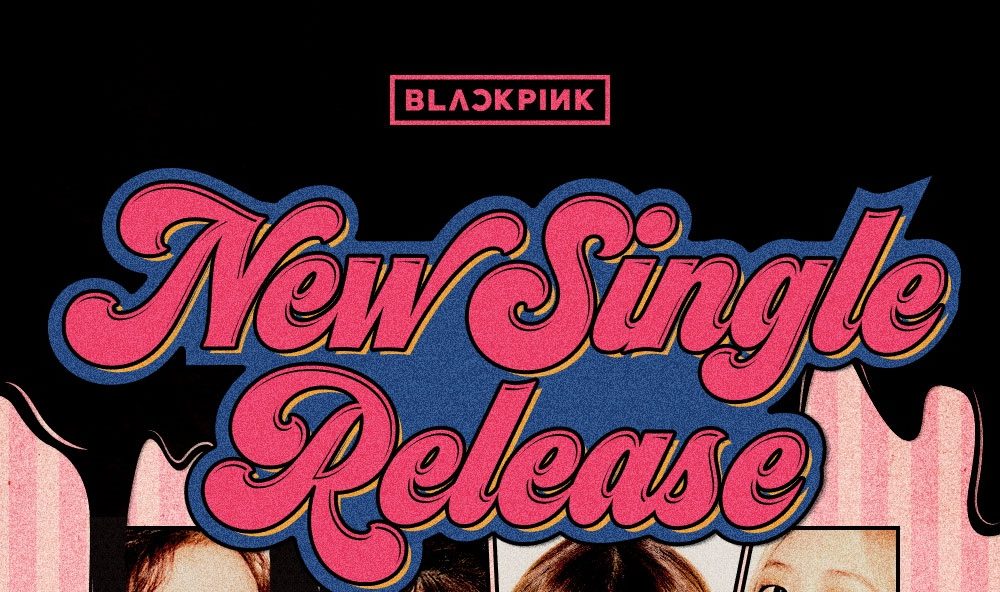 BLACKPINK tease a new single with a surprise featuring artist!

On July 23rd, BLACKPINK released a poster announcing their new single. Check the poster out down below!

In the poster, we see the four members posing with sweet items like a cupcake and cherry. They also are all wearing brightly coloured outfits, with photos being overexposed giving a retro effect to them. The bubbly font used for the words in the teaser, stating a new single to be released soon also emphasises this effect. Surrounding the poster is a predominately pink striped wallpaper with black ink running down from the top of the poster. Hence, this could indicate the group could return to a cuter brighter pink concept. This has not been seen since the group’s 2017 single, ‘As If It’s Your Last’.

On the bottom half of the poster, we see a mysterious featuring artist on the track. Although they are yet to be revealed, many fans are speculating it could be American singer, Ariana Grande. This was judged by the interactions the group had with the singer’s producer, Tommy Brown last year in the recording studio, as well as the meetings between the American and the group itself, for example taking photos together at Coachella 2019.

The girl group only recently returned with their pre-release single, ‘How You Like That’ earlier in June and recently finished promotions for the track. It looks that fans will be getting more constant, consistent content from the group with this new single. YG Entertainment stated previously that the plan is for the group is release their 1st full album after this single in September this year, so fans are excited to finally hear more of the group’s music.

BLACKPINK‘s new single, with a featured artist, will be released sometime in August 2020.

How do you feel about the group’s upcoming single? Let us know in the comments below!