Jung Eun Ji appeared as a guest on her own radio show to chat about her new solo mini album!

Returning as a solo artist after one year and nine months, Jung Eun Ji released her mini album “Simple” with title track “AWay” on July 15. She commented, “Since it’s my first comeback in a long time, all my fans just said that they missed me and that they waited a long time for me. It’s regretful that I can only show them my performances online though.”

She explained her album title “Simple” by saying, “I believe ‘simple’ is a term I need in my life. I had a lot of thoughts starting last year to this year. Yoon Bomi probably knows I was like this but her and Park Chorong worried about me a lot. At one point, I felt that I really needed to vent and I was so touched when one of my acquaintances told me, ‘Simple is the best.’ I wanted to convey to those who have a lot of thoughts that we should try leading simpler lives.” 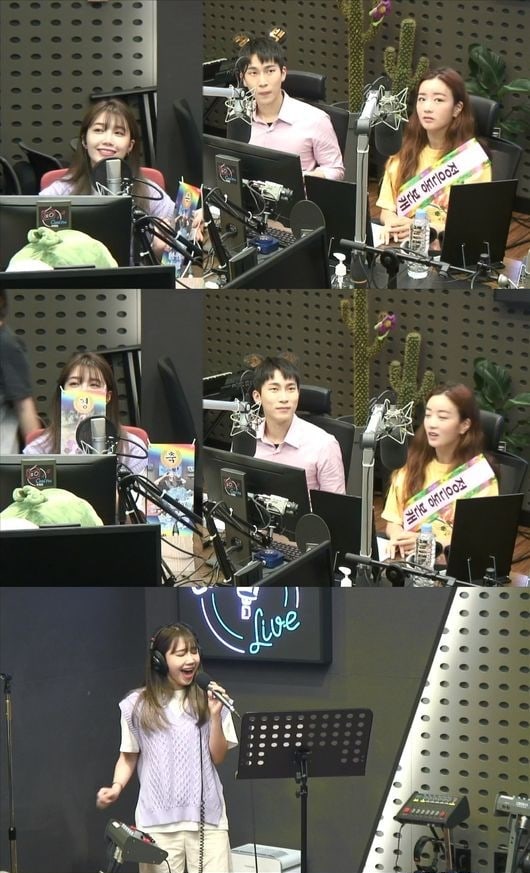 After performing her title track “AWay” live, she received voice messages from 10cm and Sunwoo JungA, whom she worked with on her album. 10cm’s Kwon Jung Yeol praised Jung Eun Ji by saying, “This is an album that is musically impressive, expresses an abundance of emotion, and has a lot of value.”

Jung Eun Ji explained that she was so happy to have gotten to work with him a second time and shared, “Kwon Jung Yeol is my counselor. He gives me a lot of advice.”

Eunkwang also asked if there was another singer who she wanted to collaborate with. Jung Eun Ji said “yes,” picking Eunkwang and explaining, “If I were to sing with Eunkwang, I think we’d be able to showcase sibling-like chemistry.”

She hilariously added, “I recently sang ‘Love Day’ with Eunkwang but it was basically like a high note battle. When you sing duets, you usually sing side by side but with Eunkwang, we sang facing each other like a competition.” 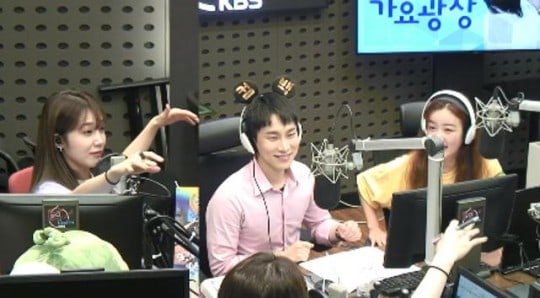 Jung Eun Ji also talked about the success of her solo debut song “Hopefully Sky” and why she thinks “AWay” won’t top it. She explained, “The songs I did first received such good responses that the ones released after didn’t get as much attention in comparison, so I have a lot of concerns. Rather than hope that ‘AWay’ does better than ‘Hopefully Sky,’ I hope ‘Simple’ is remembered as a good album.”

At the end of the broadcast, Jung Eun Ji also received a message from her younger brother. After listening to his congratulatory message, Jung Eun Ji commented, “The first person I played my song for was my brother. He tells me his friends like it too and he gives me a lot of support. It’s so cute hearing him try to have a Seoul accent.”