Trotwood: I’m in a slog, trying to prepare for summer courses that I was supposed to be teaching in China but which have moved online, but not enough time to prepare since I’ve been to busy with COVID-19 response work as well as dealing with campus repercussions because some people just realized that there is racism in America. duh. Anyway, what I’m watching I’m liking and there may be subs for the 2nd season of BG: Shinpen Keigonin/Personal Bodyguard, and there are more pics of Kim Ji Hoon with long hair, so I’m happy.
kakashi: Thank you, Trot. Has his drama started? (it hasn’t)
Panda: I have a week vacation! I had no idea how much I needed this time off work till I found myself randomly dancing in the kitchen this morning just from not having to do anything. I am eagerly awaiting BG2 too, and in meantime going through my crime drama suggestions. I finished Rosemary and Thyme and am now on episode 3 of Shakespeare and Hathaway and I looove it! JoAnne:  I’m still amusing myself watching silly clips of very handsome men on TikTok and considering filing a petition to have Rain declared Kokoro Enemy Number One, seriously.  He’s just rude.  No consideration for us at all.  To distract myself, last night I watched 365 Dni.  Ahem. Really not a good movie at all but also, good.  I didn’t like the ending at all but that won’t stop me from watching it a few more times… 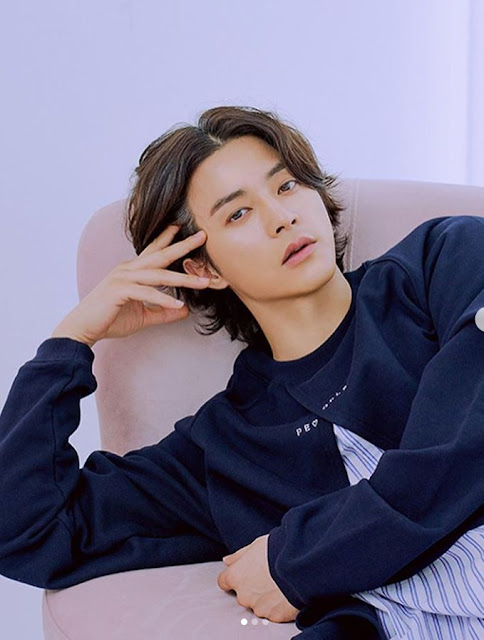 Dinner Mate/Will You Have Dinner With Me

I’m not going to lie. I partially caught up with this show through recaps because I love the lead characters but was too annoyed by some of the side characters to bother trying to squeeze time to watch, but I’m back, and I like the direction they are going. Hae-Kyung finally (FINALLY) know who Do-hee is and he just comes right out and confesses. She is still worried and feeling a but guilty for actually starting to like No-eul before realizing that she is the ex of Hae-Kyung. As much as I don’t like Hae-Kyung’s mother and don’t believe that just because she has cancer now means that she should get a pass for ignoring her son for all these years, I agree with her that No-eul is too much like her to be good to Hae-Kyung. We still have the problem of Jaehyuk who is borderline suspense thriller creepy, especially now that we know the real reason he left. How can such a loser even think that he is going to compete with perfect boyfriend Hae-Kyung who would be perfect even if he didn’t have Song Seung Hoon’s face. 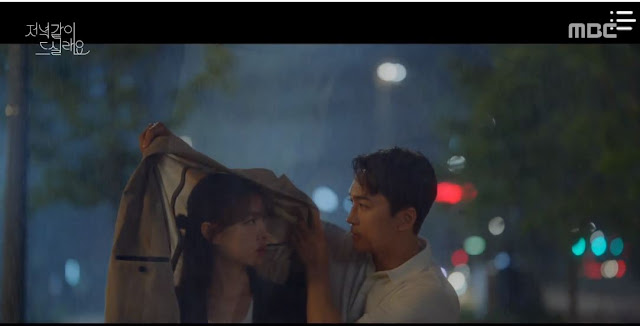 I fall between wanting to give out warm hugs and wanting to sit alone in the corner crying with the ending of this show. It is definitely going to be right up there with my favorite dramas of the year. I feel as much love for this show as I did for Some Day or One Day, but the biggest difference is that I think this is a show that I would rewatch while the other show would be too painful to rewatch. We get some interesting chracter development even at the end with our favorite security guard not only revealing why she is the way she is through her dream experience but also revealing a particularly important detail of Wol-Ju’s past. This last week provided a particularly satisfying conclusion, which we all know is rare in dramaland, and it stayed true to its mix of humor, wretched sadness, pathos and life lessons that it kept throughout. Everyone did a remarkable job. I feel as though my words can’t convey the feelings it provoked. Many people remarked on twitter how well this director Hwang Jung-Eum’s strengths. I also think that Yook-Sun-Jae should be really happy to have such a memorable role in a memorable performance right before going into military (he left so soon after they were done that there are picture with a cardboard cutout of him with the other cast during promotions😄).

This show is sneaky.  Before you really understand what is happening, it’s happening and omg, the ship is so sturdy.  There was no sinking that ship.  Yook Sung Jae was good but let’s face it, this role wasn’t a stretch for him.  He can do this sleepwalking.  I look forward to watching him develop when he returns a MAN, woohoo.  Hwang Jung Eum, so very often a disappointment to me as a skilled actor who mires herself in way too much aegyo and screeching?  She was a shining light.  Absolutely lovely.  Yay for a director who understands what she can do!  And Choi Won YOUNG?  You, Mister, you BODIED that role, as the youngsters say.  I definitely want more.  And the cameos?  The supporting characters?  Everyone, so well done! All in all this drama will be a fave and should become a classic. 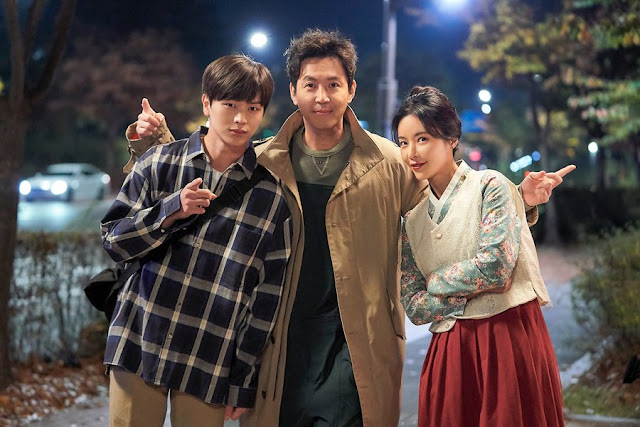 And I’m going to indulge and post more pics of this show because I think it is so good and because I think I would be remiss if I didn’t give a particular shout out to Choi Won-Young, who, to me, had the romantic action hero role of his entire career in Manager Gwi. I could watch him all day, and more then one of us want another show just about his character and how he became such a badass lovebug demon catcher. 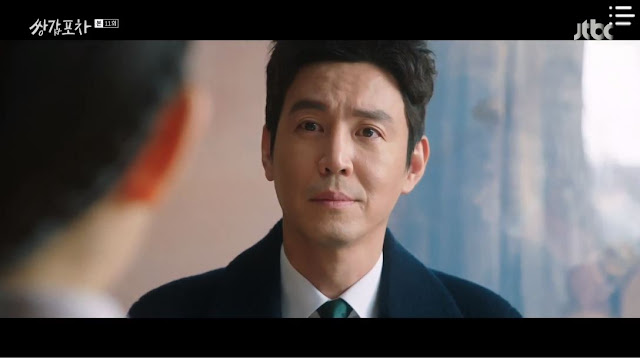 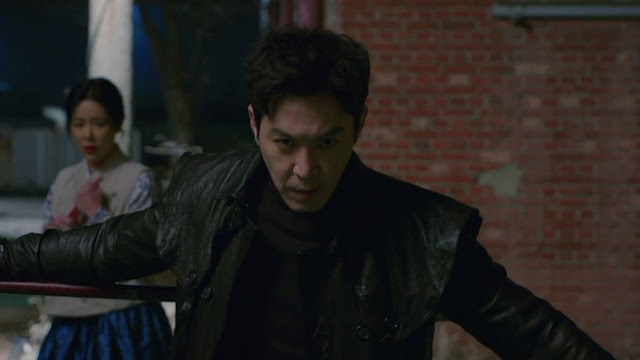 I’m not watching, and I don’t know if I will have time to pick it up, but I have heard that people love it. I know that I’m loving all the pics of Seo Ye-Ji. I really like her as an actress, so though everyone seems to be talking about what an excellent job Kim Soo-Hyun is doing in his post-military come back, if I watch it will be for her.
kakashi: Thought about starting. Some people wrote interesting things about Korea’s treatment of mental illness. I’m not a Kim Soo-Hyun fan, but who knows. It might not matter.
I think you might like it.  Kim Soo Hyun is playing a deeply empathetic character who has been caring for his autistic brother pretty much all his life. He’s steady and calm and seems to understand what all his patient charges need, but we’re beginning to see cracks in that armor.  He has deep pain and I’m not sure how that will play out.  Seo Ye Ji is stunningly beautiful here, deeply damaged, and sneakily likeable after a bit.  Oh Jung Se as the autistic brother?  He better sweep the awards.  And Kwak Dong Yeon’s cameo this week was alternately hilarious and heartbreaking.  I’d say that even if Korea is not particularly kind to the mentally ill, this author definitely understands something about it.  Absolutely worth the watch. 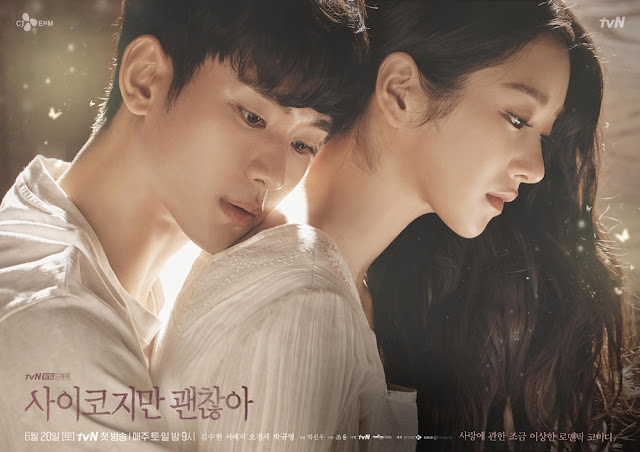 I did enjoy this show through the end even though I did fastforward through some. They resolved the issue with her having a son much faster than I thought but with more real questions to the hero about why he was actually mad. I hated that the husband wanted her back, clearly just because she now seemed valuable to him since some hot young guy was in love with her, but I was disappointed in the the reason for the past trauma and the fact that they had this whole connection from when they were young. Pfft. I couldn’t help but wonder if that were the case, why his mother didn’t help her when she was really down and out? Once again, a show where I liked the friendships as much as the romance. I’d like to see the 2nd ML as a lead in a drama 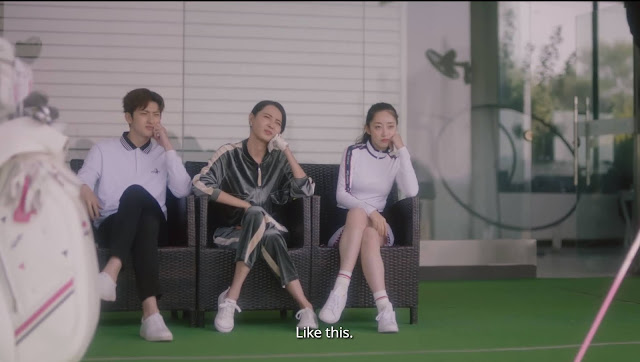 What if You’re My Boss?/Well-Dominated Love

I really really like this heroine, but I’m annoyed by everyone else almost except her friend/former boss, and I’m unhappy about him because I’m sure they are going to pair him up with the actress who I also don’t like. I may drop this show, too. I’m more than mad that she was so close to her goal of owning her own apartment and then has to give it up and the fact that our ML doesn’t get why him making a deal with her to be his girlfriend and he’ll pay off her parents’ debt isn’t attractive but seems pretty close to prostitution. No amount of behind the scenes cute (and that reveal how he pretended to be all mafia when he’s just a dork with the debtor was funny) makes up for the fact that he’s just bullying her to like him. I really want her to get another job and be great at it and happy and then have him figure out his real relationship with her from the past and come to woo her then. I’ve only finished ep 5 (so don’t spoil it people), but I’m pretty sure the ex that she is still in love with is from from the past he can’t remember. 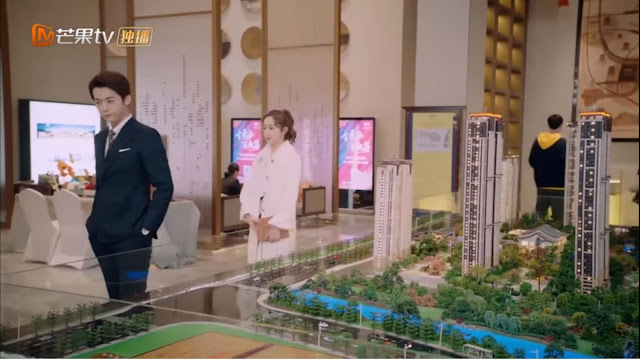 Though this title of the story makes it seem like the plot is full of danger, it’s not. The line, at least for now, in the title is the line painted on a road–like any of the white lines we see that are painted on the side to separate cars from pedestrians. In one of the most geeky sweet meet cute situations I’ve seen in ages, our protagonist meet because they each walk home on this line pretending the line is some kind of wire or rope or skinny bridge over a pit of danger: molten lava, upturned sword, etc. One day, they finally meet up with each not wanting to step off and fall into respective imaginative pits. I love them, and they end up fallin in love with each other. I’m two episodes in, but I want to protect them as much as much as Akira’s bohemian sister. I know there will be heartbreak, but the show promises that we are going to be covering their long term relationship from high school through adulthood. In ep 2, we already see them moving in together in uni and getting their first jobs. 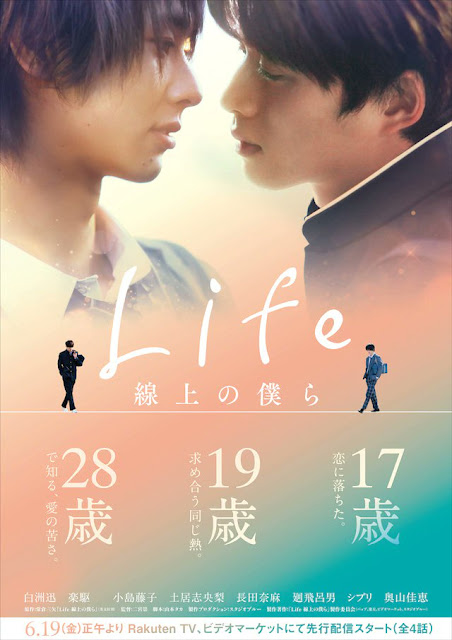