On July 16, the JYP Entertainment founder posted on Instagram with a collage that includes similar photos of himself, Momo, and Chaeyoung. He wrote in English in the caption, “Received a message from Jeongyeon and it was this picture. You guys should definitely stop making my memes so the girls won’t do this…TT.”

The meme earned plenty of hilarious replies from fans as well as current and former JYP artists.

Dahyun wrote, “Which cutie took those photos? They did such a good job~^^.” Another reply from TWICE’s official account reads, “I’m hitting ‘like’ and going~” with a heart. 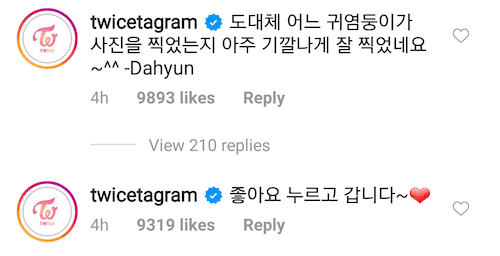 GOT7’s Youngjae replied, “Is this something we all have to do..?” 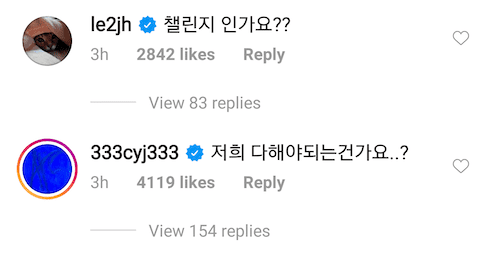 TWICE most recently made a comeback in June with “MORE & MORE” and they’ll share their new Japanese best-of album “#TWICE3” on September 16.