kakashi: A conversation happens. Wooooow, I didn’t think it was possible.
JoAnne: At this point I’m just watching for her clothes… 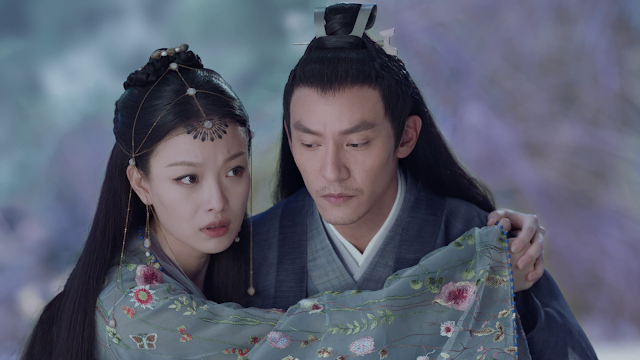 Hearing Jing Xiu strumming his zither moves Ling Xi to tears and she goes to ask him what song he just played. Apparently, one her (A’Mo’s) father used to sing to her. But she doesn’t want to be called A’Mo anymore. A’Mo is in the past, she tells him. She is Ling Xi. Shortly after, GoW sends her the Longevity Charm by courier bird. 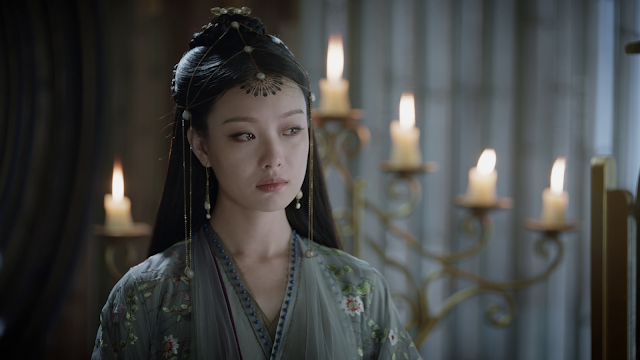 GoW goes into seclusion – he won’t beg, will he. We see Yuan Tong suffer in a desert and don’t care. Her clan even has the gall to ask GoW to pardon her, huh? Just because they’re an important clan. Hubris! In a death-dream, Yuan Tong is tasked to find the next Demon Lord by her demonic brother.
Yawwwwwwn. 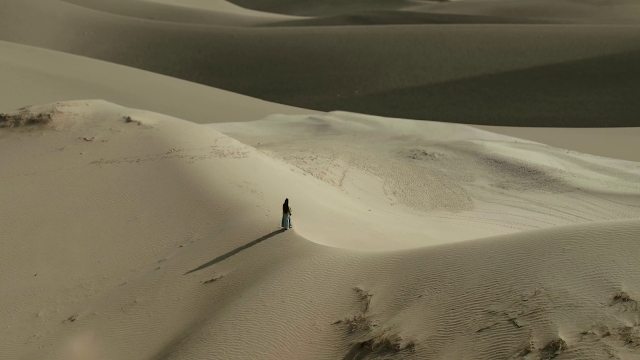 Haha, GoW didn’t go into seclusion but sneaked away to see Ling Xi. He overhears the maids talk about how much Jing Xiu likes Ling Xi – that’s not exactly news to him! The maids also say the Jiu Chen, the God of War, is too old for Ling Xi, hahaha. They shut up when Ling Xi arrives with Five Bowls by her side. She scolds them for gossiping about GoW.
I love that ‘stand down, boy’ hand gesture she gives Five Bowls. 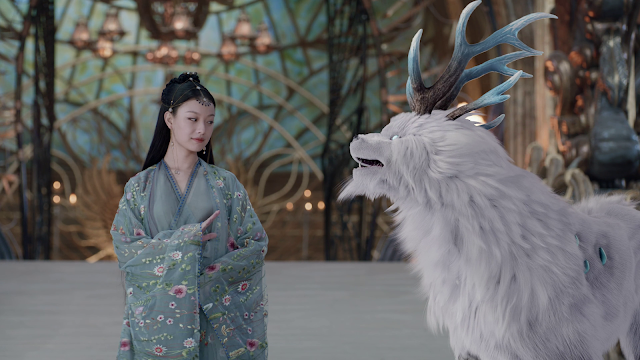 When Five Bowls growls in his direction, GoW tries to hide… very mature. She scolds him for eavesdropping and coming to the palace in secret. He claims he came stealthily and nobody will know, yeah… not exactly, dear. He came to inform her about his seclusion, in case she wants to find him. Thanks for telling me, she says and turns away to leave. That does it! He calls her a conscienceless brat for keeping him waiting for so long. They are talking! Finally! She is miffed that he killed her twice (yup, understandable) and thinks she can be angry as long as she wants. I agree.
‘Hi I’m going to hide away and pout but here’s where you can find me.’
‘Cool.  Bye.’
‘You are so mean!’
‘You killed me! Twice! I’ve earned the right!’
*silence* 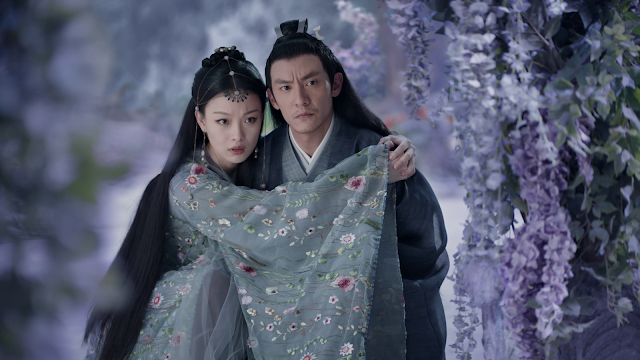 When someone calls for her, she pulls him down to hide. Five Bowls misleads the maid and GoW is curious why she’s trying to hide him… Ling Xi fears people might think he has improper intentions. Oh, but he does, he admits. Hahahahahahaaaaaaa, it took 54 episodes, but now, his icy loins are waking up. He steals a kiss from her and asks her to stop being difficult. He cannot live alone anymore. He needs her. Finally, she promises to come to his place to “walk around” – she is delighted he finally speaks his heart to her.
Girl, get in there. Mess up his hair! 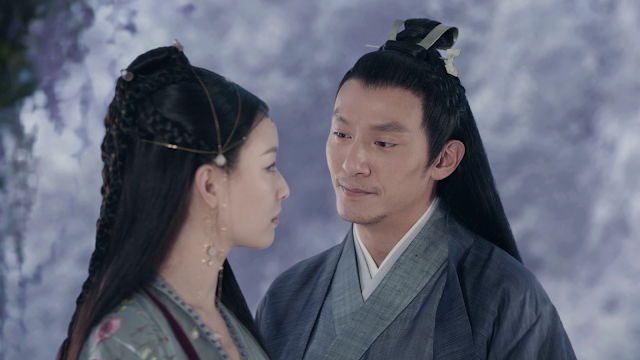 A bit later, Qing Yao is finally done concocting medicine for Ling Xi’s mother – who will wake up in a few days! Cue rage zithering by Jing Xiu in the forest. When his underlings recount his crimes against their Queen and rally for him to make his final move (kill the mother), that bratty princess hears everything. When she walks away, Jing Xiu sees her. Hey, the little princess has a conscience! She rushes to her mama because she loves her – but she doesn’t do anything. Oh well.
‘Rage zithering’ hahahahahahahaha 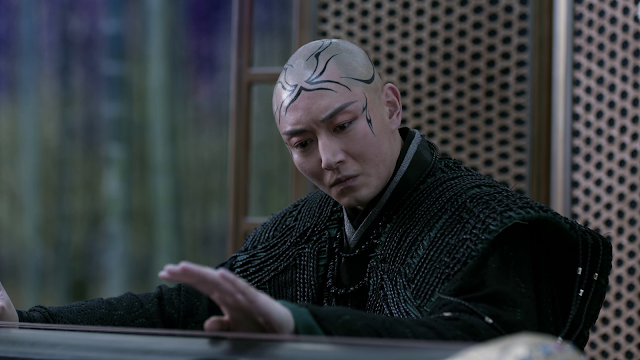 After Bao Qing has left, mommy wakes up. And Jing Xiu makes his move…

Poor GoW, is he still reading that book, waiting for Ling Xi to come “walk around”?
Did she…oh man, I hope she left him hanging.