kakashi: A bit of comedy, a lot of filler.
JoAnne: That’s my body-type, what of it? 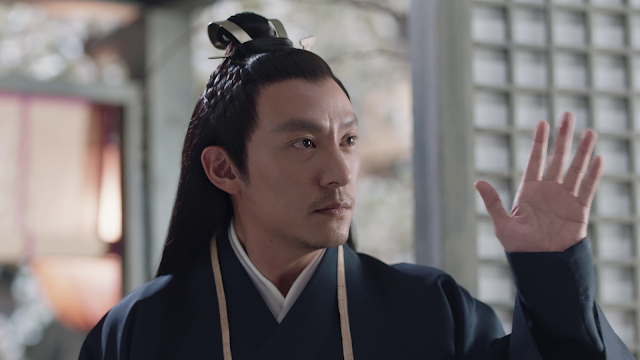 When he sees Shisan packing up some of Ling Xi’s things to bring it to her, GoW has a brilliant idea: Why not deliver them himself? (duh, men 🙂 he uses very underhanded magical tricks and lies to convince Shisan she’s not up to the task >.
Look at that POUT.  He’s so cute. 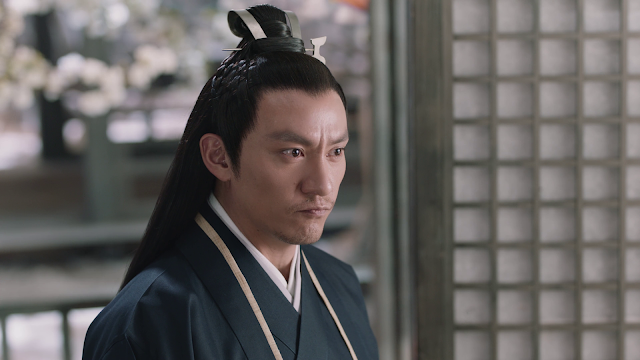 Thanks to a conversation with Siming, Shisan realizes why GoW is in such a foul mood – he needs a reason to visit Ling Xi because of his status, he can’t just go there. Pffff, conventions. Shisan uses underhanded tricks herself this time to get GoW to join her after all. It takes a bit of nudging because man, he is prideful! (He knows Shisan knows why he wanted to go, which embarrasses him, but since she already knows, what’s the point of refusing?)
Why not just make up an excuse why you can’t go, Shisan? Sheesh. 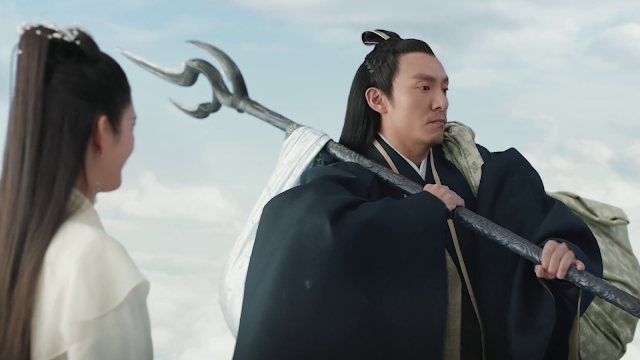 So much effort… and then, Ling Xi refuses to see GoW. Her excuse: her mother is still sick. also, her palace is too shabby, they really shouldn’t stay. Ouch. (is that a finger on the lens on the picture below?) I believe it is, yes. But GoW won’t give up easily now that he has come this far. Shisan is
gravely injured, they claim, and cannot possibly go back to the Heavens.
They are staying – for eight to ten days 🙂 The result is: Ling Xi flees the palace and goes to Peach Blossom Grove. Little coward.
So I guess Mom can just die then, huh? 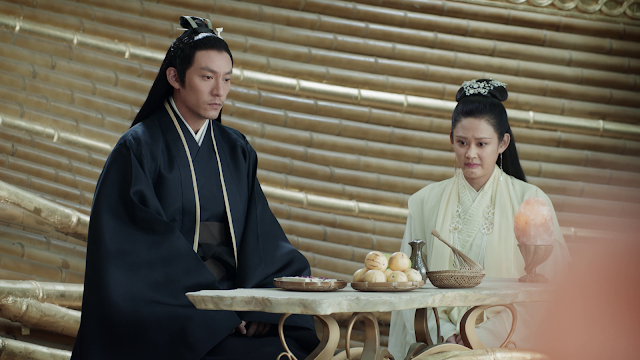 In the Heavens, Thunder and his cronies are pretty sure they know who the demon spy is! Yup, sweet Huayan – who admits to everything straight away even without torture. Gutsy. As soon as GoW hears about it, he returns to the Heavens and prevents further torture… coincidentally shortly before Ling Xi returns to Shanling, realizing she should tell Jiu Chen how she feels. 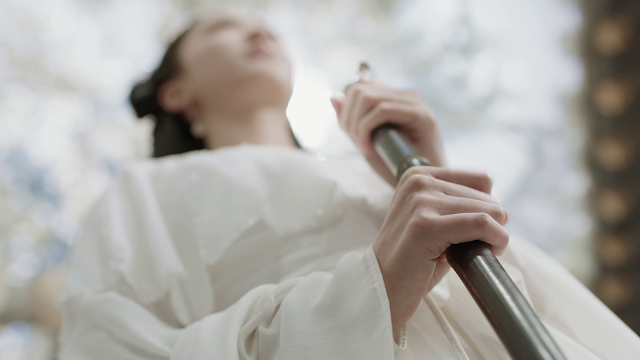 GoW quickly realizes that Huayan is covering for someone. He pressures her to tell him who it is but finally, after an attempted but failed suicide, he lets her be. That person is too important for her, she’d rather die than betray him. Huayan is exiled to a nasty part of Shanling. Thanks to a letter from GoW, Ling Xi knows about the maid’s plight and saves her from some nasty demons and forgives her her transgressions. Huayan becomes a maid.
Whatever. 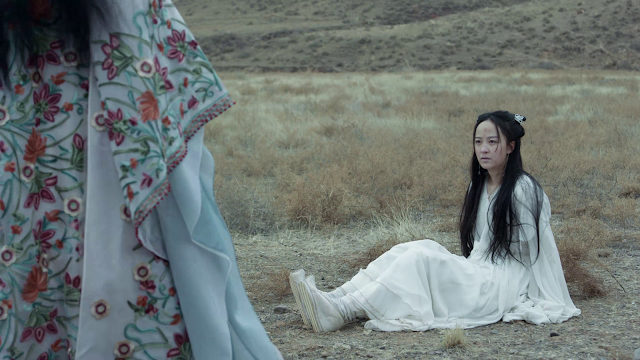 Star Lord Sang Nan visits Qing Yao – completely forgot about him to be honest. Is he still hoping to win her heart again or is he just nice? Qing Yao tells him to stay away – in nicer words but she knows that Yun Feng wouldn’t want to find this man close to her. Pffft. Yun Feng is a piece of rock.
But he won’t be forever…or will he? I forget. 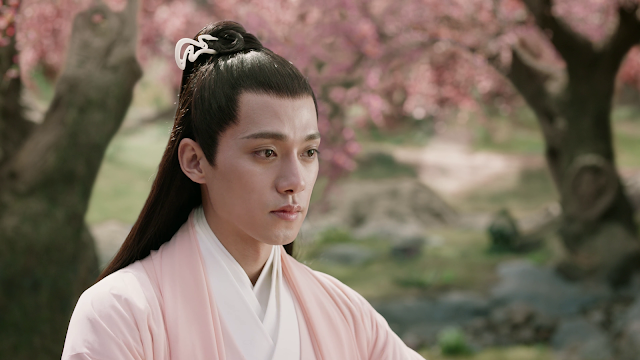 We end the episode with Huayan staring at Jing Xiu when he walks by… hands up if you’re surprised that he is the man Huayan is trying to protect. Nobody?
Nobody.

Filler.
Not even GOOD filler.

I’m not sure I understand Ling Xi. I mean, I do understand that she doesn’t want to get married to him right away, but come on! You could still see him and talk to him?!
Life must be pain! Pain and suffering!
60 episodes!