After building a steady fanbase with her extraordinary acting and cute charms, Kim Da Mi will be meeting with them through a digital fan meeting on VLIVE. 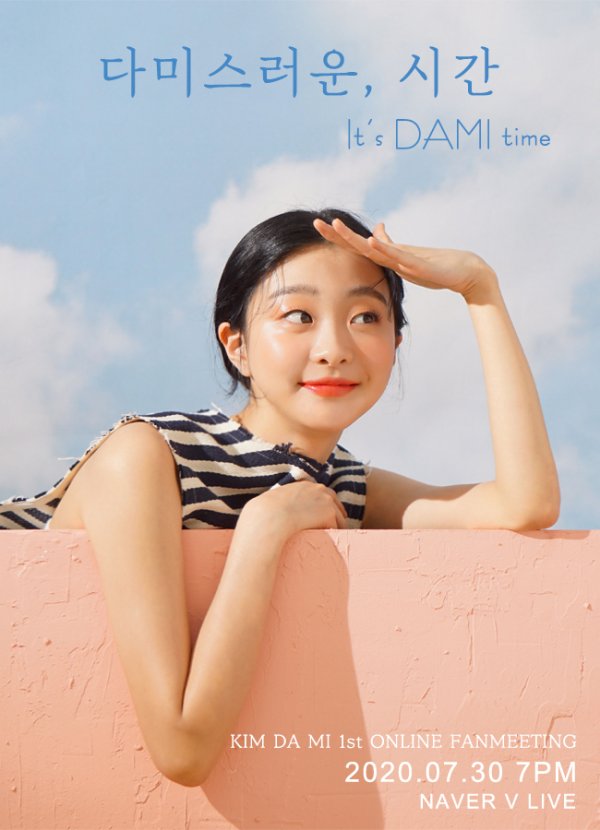 The shining actress will be meeting fans through the It’s DAMI Time: Kim Da Mi 1st Online Fanmeeting on July 30, 7 pm KST. This fan meeting was initially planned as an in-person event but was instead arranged as a digital broadcast to abide by safety precautions against COVID-19.

In their announcement of the event, ANDMARQ asked fans to look forward to the event. “We have prepared our best to communicate with our fans and express our gratitude, so please look forward to it.”

Da Mi is most known for her role as Jo Yi Seo in the popular drama, Itaewon Class. Her performance in the drama won fans’ hearts, thanks to her convincing portrayal of the spunky character who challenged conventional female stereotypes. Recently, the actress has been busy preparing for her role in the Korean remake of the Chinese film, SoulMate.