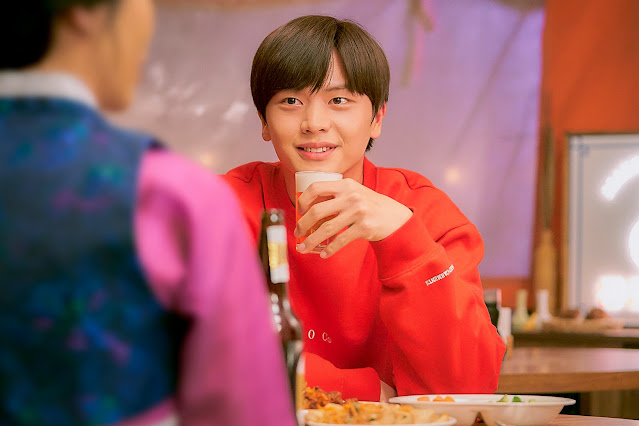 Yook Sung-jae is busy serving his mandatory military service, but luckily fans can watch him on Mystic Pop-up Bar which wrapped up filming prior to the actor’s departure.

Mystic Pop-up Bar blends fantasy and healing into an intriguing story about characters working together to help solve people’s difficult problems. Yook Sung-jae’s character, Gang-bae, is hardworking and innocent. He has a special ability that leads people to confess their innermost feelings when they touch him. Despite being very lonely as a result of his power, Gang-bae is kind and utterly adorable. View some Yook Sung-jae eye candy below!

1. Gang-bae being wholeheartedly supportive of his co-worker winning Employee of the Month. It’s hard for Gang-bae to touch anyone, but he genuinely cares for others. Such a sweetheart! 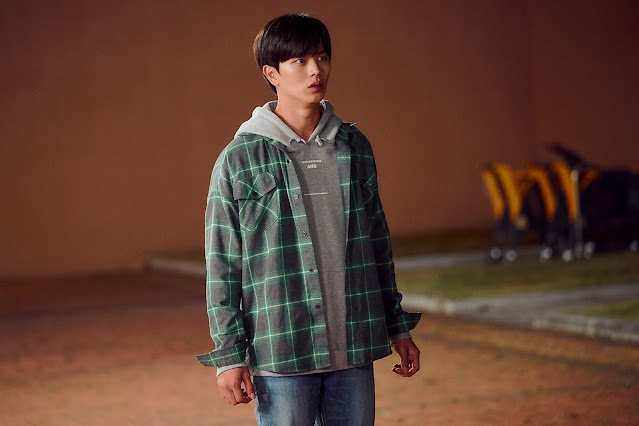 2. Gang-bae’s life changes when he sees Weol-ju and Gui throwing a jerk of a manager into the sky. He’s shock and it’s the beginning of something wonderful!

3. Gang-bae dreams of being normal and able to have a girlfriend he can kiss with no consequences. His wink and lip bite are to die for. 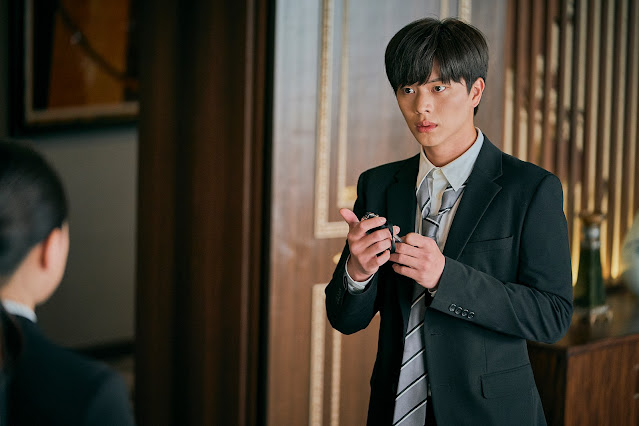 4. Gang-bae being suspicious about his contract to work for Weol-ju. He’s eager to get rid of his special ability but worried that his power might intensify after working closely with Weol-ju and Gui who are not exactly humans. 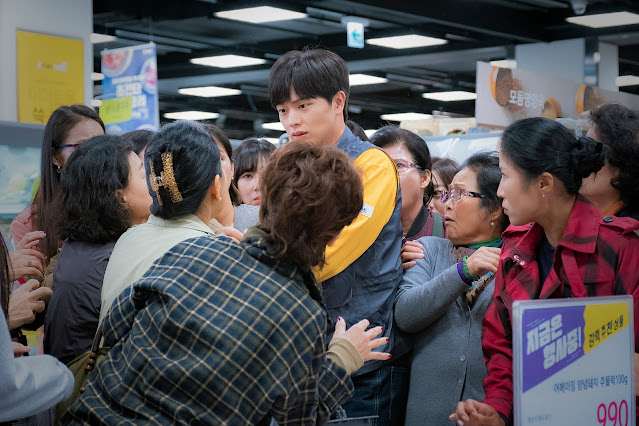 5. Weol-ju is determined to get Gang-bae to help her, so she sets a crowd of ahjummas on him. Gang-bae is so terrified but so cute! 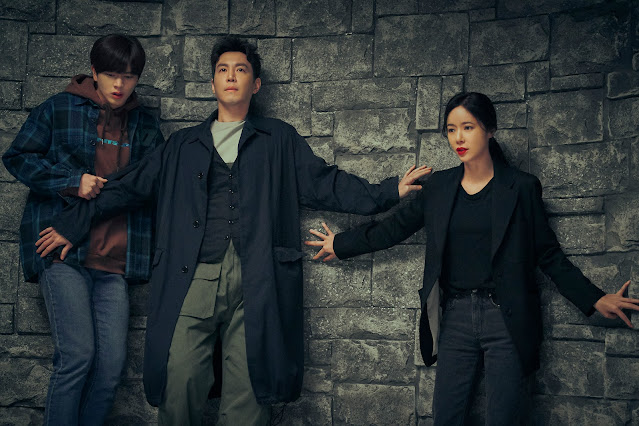 6. A dangerous journey makes Gang-bae feel closer to Gui and Weol-ju. Look at him clinging on to Gui. Gang-bae needs to be protected at all costs! 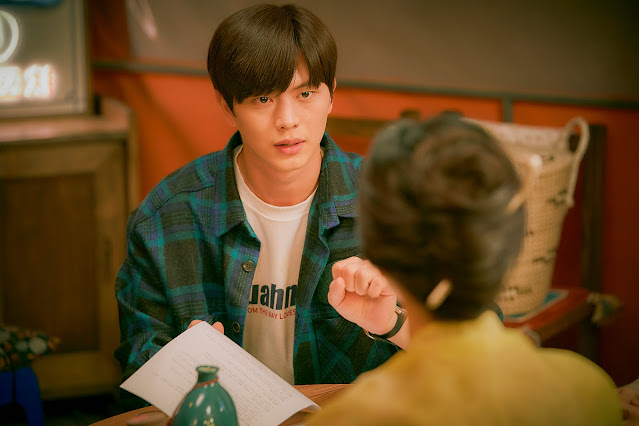 7. Gang-bae enjoys his welcome party after signing his contract with Weol-ju. He’s starting to appreciate his new team and feels a sense of belonging. 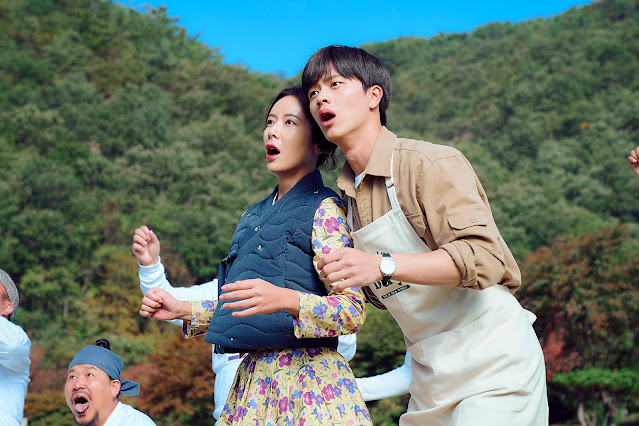 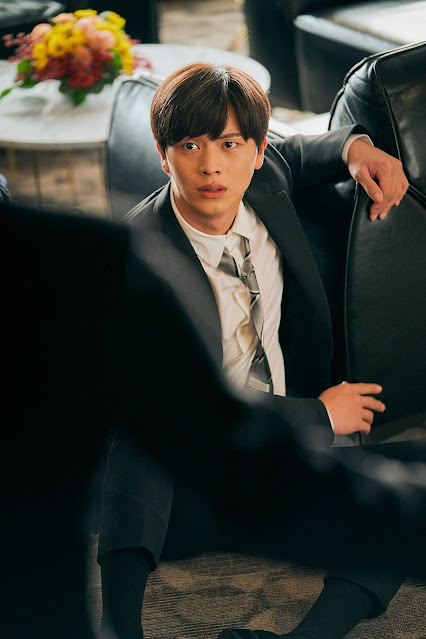 9. Gang-bae meets Yeo-rin for the first time and he gets caught trespassing. He finally meets someone who is unaffected by his power! And he gets his butt checked in the process. 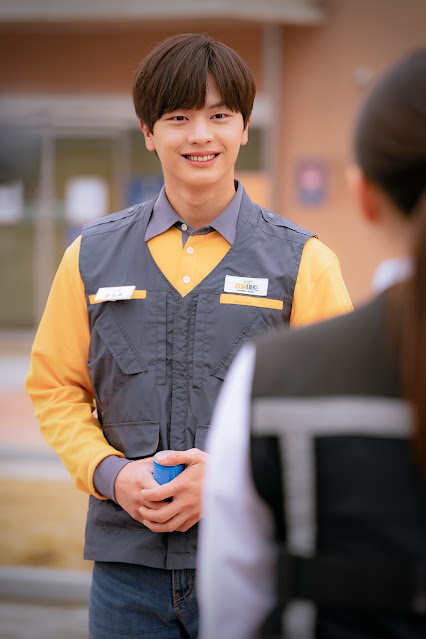 10. Gang-bae gets close to Yeo-rin, the only human who is immune to his special power. He looks so happy and hopeful.

Who can resist such a cutie? Be sure to tune in! Mystic Pop-up Bar is available on Netflix with weekly episodes every Wednesday and Thursday at 10:00PM (MYT).