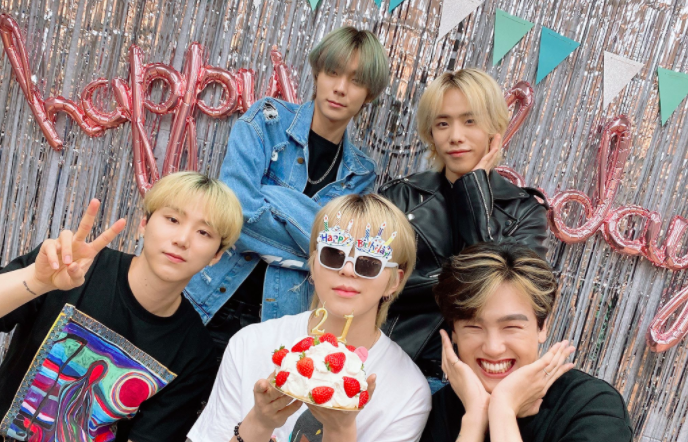 1TEAM announce their comeback with a fun bright scheduler for ‘ULLAELI KKOLLAELI’!

On July 17th, 1TEAM released the scheduler for their upcoming comeback, with digital single, ‘ULLAELI KKOLLAELI’. Check it out down below!

Starting from July 22nd, there will be two sets of concept photos, followed by two MV teasers. Thus, leading up to the release of the single, and its music video. The scheduler is written in a vibrant red font, with an equally bold yellow as its background.

The group also updated their Twitter banner for the new single, with a fluorescent pink tiled wall as the background for the track’s title.

The group’s last comeback was back in November 2019, with their 3rd mini album, ‘One’ accompanying it with its title track, ‘Make This’. The title track acted as a departure from the usual brighter visual concept of the group, towards a darker bad boy vibe. Judging by the appearance of the scheduler, this upcoming comeback could lead the group back to a more light fun summer sound.

How do you feel about the boy group’s comeback announcement? Let us know in the comments below!